At Miami International Airport there is a temporary clinic that will be open for vaccination against COVID19, until June 18

The federal government, in collaboration with Miami Dade County authorities, set up a temporary vaccination clinic at Miami International Airport, with two locations within the property, and which will run until June 18, with the exception of the June 8 and 9. Getting vaccinated against COVID 19 at the Miami airport is a reality, even for tourists. Covid19 vaccine at Miami airport for tourists, in the same way that New York City does with the Vaccine Bus 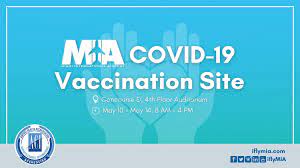 The Vaccination Center is in Terminal D, in the auditorium on the fourth floor. Between 7 a.m. and 6 p.m., without the need for an appointment, anyone over 18 can receive a vaccination. When the project began in mid-May, Pfizer’s two-dose vaccine was offered.

Logically, being an airport, most of those who are getting vaccinated there are in transit, so during the month of June, the vaccine developed by Johhnson & Johnson is being offered, which is a single dose.

The second vaccination location at the airport is organized to serve those who approach by car and is located in the taxi area outside the airport. It also offers the Johnson & Johnson vaccine.

This temporary clinic was originally thought of with airport workers in mind. However, as in any other vaccination center in Florida, since proof of residency in the state is not required, tourists are the ones who are making the most use of this clinic.

And, since most of the county residents who want to be vaccinated have already been inoculated, now the efforts are being put precisely on those who do not live in Miami.

When a person arriving at Miami International Airport from an international flight, an airport employee approaches the departure of flights to offer vaccines. What in other countries would seem impossible, is already a reality in South Florida. Vaccinations are offered, and the delay is not long. Generally, the vaccination process without a previous shift at the airport takes less than half an hour.

The Miami airport handles 50 million people a year. The local authorities were always aware that it was a source of COVID-19 contagion, so it is essential that these people are also immunized in order to take care of the local population.

Another important point for vaccination locals is to ensure tourism. This industry continues to be the one that generates the largest number of jobs in the county, therefore, providing security to tourists who decide to travel is part of the strategy to revive the local economy.

The airport is not the only point in the county where vaccines are being destined for tourists. While tourists can be vaccinated in any central Florida, many of them are approaching the vaccination tents set up on the beach.

On the Beach, In Miami Beach, at 16th Street and 5th Street, there are vaccination tents where the Johnson & Johnson vaccine is also being offered.

As in the entire state, the only requirement to be vaccinated is to present a document stating the age of the person. In some cases, they ask for an address, which can be a hotel or a temporary rental address. If they are adolescents between 12 and 16 years old, they must be accompanied by a parent or legal guardian. Miami Airport Official