The best options to enjoy an espresso on a trip, camping holiday etc.

Espresso coffee history. More than a hundred years of flavor

What is an espresso coffee?

A coffee is espresso when approximately 25 to 35 ml are used, prepared with between 7 and 9 grams of fine ground coffee, through which water is circulated between 90 and 96 degrees Celsius at 9 or 10 atmospheres of pressure for about 20 or 25 seconds.

Who invented the espresso machine?

In 1884, the Italian Angelo Moriondo created the first espresso coffee machines that we know of, for two establishments he owned where coffee was served to customers, with the idea of ​​offering more coffees in less time, and being able to serve the entire clientele. .

Only at the beginning of the 20th century when we can count on a patented espresso coffee machine. It was in 190, when Luigi Bezzera patented an invention consisting of passing boiling water and steam through coffee.

The espresso machine is one of the many applications of steam to reduce the number of working hours. We could say that one of the consequences of the industrial revolution.

Luiggi Bezzera's creation was presented at the 1906 Milan International Fair as the first automatic espresso machine. Desiderio Pavoni bought Bezzera's patent and included some improvements such as the safety valve and the steam lancet for milk.

Many improvements, both mechanical and aesthetic, were introduced that contributed to the evolution of the espresso machines that we know today.

The most important came in 1948. Mr. Achille Gaggia presented a new version of the espresso machine, this time provided with a piston that made boiling water unnecessary. The great novelty of this equipment made it possible to create high pressures, essential for the espresso coffee to be a great coffee.

Can you take a portable Coffee Espresso Maker on the plane?

The TSA says that a portable Coffee Espresso Maker can be carried on board a plane in either Carry On Bags or Checked Bags:

What does espresso mean?

Speed. It is about obtaining a coffee in more or less than 25 seconds with all its aroma, flavor, and creaminess. For this, very fine grinding and water pressure are essential to obtain that coffee in a few seconds.

Espresso in Italian means quick coffee. This component of fast service and speed has made it the most requested coffee in the world.

To prepare a great espresso coffee we need to have a perfectly roasted great quality coffee, with the right degree of grinding, perfectly tamped. You also have to pass the quality water through the coffee at the right temperature and quantity, in the time necessary to achieve a great extraction.

Why is espresso coffee so creamy?

The passage of high pressure water through the ground coffee has a special effect which is that it creates a layer of dark golden cream on top of the espresso.

They are the oils, acids and solids dissolved by the passage of pressurized water through the coffee during extraction. To be dissolved, they mix with very fine gaseous bubbles producing an emulsion.

When the first espresso coffees were served, the customers removed that layer of foam from the coffee. Today it seems unacceptable. Customers back then in the early 20th century just wanted a coffee made quickly.

Espresso coffee is the basis of hundreds of ways to prepare coffee in addition to the cut, with milk or cappuccino that we are served in any coffee shop. 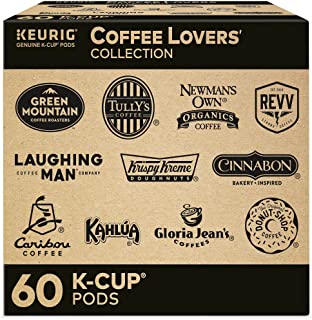 with Ground Coffee,One-Button Operation Coffee Maker for Travel and Outdoor

Portable and lightweight - Ergonomic design and shorter length make it easy to hold and easy to pack, lightweight but solid. Operation by rechargeable lithium battery (no need for USB port to use) and heating water quickly makes it the real travel espresso maker to become and you can enjoy your coffee experience anywhere.

What is the best grain for an espresso coffee?

Actually, to get a great espresso coffee, we must start from having a great coffee to work with.

The best is a blend of Arabica with Robusta, if this type of blend is balanced, it can be fine, just as a good Arabica coffee without any blend is a safe bet.

The grain must be naturally roasted and close to the date of use, in grain. The grain is ground seconds before making the coffee, without these details achieving a good espresso is impossible.

What kind of coffee beans are there?

There are two kinds of coffee beans: Arabica and Robusta. Arabica is the most popular variety and has a subtle aromatic flavor; Robusta contains more caffeine. Most coffee blends contain a mix of both.

This electric grinder coffee maker all in one works with various ground coffee, mocha, latte, Irish etc.; Coffee grind fineness can be adjusted by adjusting ceramic burr. One of the Travel Espresso Makers 2022

How to know if the coffee is of good quality?

The aroma of a good, well-roasted coffee is immediately recognizable, as it has a fresh and intense aroma that overflows and floods the place where it is. Coffee that has been stored for a long time smells old, and coffee that has been over-roasted smells burnt.

How to know if the coffee is of good quality?

The aroma of a good, well-roasted coffee is immediately recognizable, as it has a fresh and intense aroma that overflows and floods the place where it is. Coffee that has been stored for a long time smells old, and coffee that has been over-roasted smells burnt.

What are the most consumed coffee brands in the United States?

Top Portable  Espresso Makers 2019: 8.2 inch in overall length and weighs only 1.1 pounds, yet holds up to 80ml of water and the max ground coffee weight reaches 10g- Perfect companion on the go! Plus, Its ergonomic construction and sleek design deliver a reassuringly premium solid feel.

Is coffee consumption increasing in the United States?

Coffee is a very popular beverage in the United States, where people are drinking more coffee than in the last twenty years, almost 14% more than last year, according to data revealed by a survey shared by the National Coffee Association ( NCA).

66% of Americans now drink coffee every day, more than any other beverage. Coffee consumption at home has increased compared to pre-pandemic levels. At the beginning of 2020, 80% of coffee drinkers consumed it at home, now it is 84%.

The majority of coffee drinkers (41%) prepare their drink in a drip coffee maker. The next methods are through one-cup systems (27%), cold brew (9%), and in espresso machines (8%). What are the most consumed types of coffee in the United States?

Cappuccinos and lattes, the most popular. Consumption of espresso-based beverages, which are typically brewed away from home, has increased by 30% since the start of the pandemic. Cappuccinos and lattes are the most popular coffee beverages in the United States, followed by plain espresso and mocha, according to the trends report shared by the NCA.

"Given decades of independent scientific evidence that coffee drinkers live longer than people who never drink coffee, it's fitting to see America's number one beverage emerge from COVID-19 more popular than ever at home, on the go, on the go." the office and in coffee shops around the country,” said William “Bill” Murray, president and CEO of the NCA. 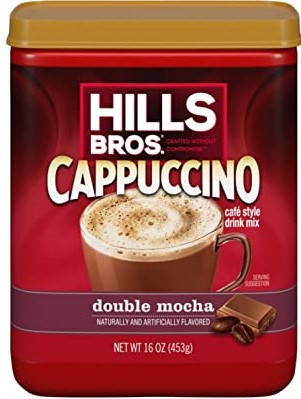 Hills Bros. was created over 137 years ago with a commitment to quality. We've been delighting customers ever since with innovative roasting methods, delicious blends and more

Starbucks PREMIUM GROUND COFFEE: Exceptional coffee cup after cup with this 18-ounce bag of dark roast ground coffee
Coffee Intense and smoky, the pure and explosive flavor of the French Roast is as dark as our dark roasts.
Starbucks Coffee adheres to the highest quality standards and brings you the same carefully roasted 100% Arabica coffee beans that we make in our coffee shops.
The perfect everyday mug is easy to enjoy in an instant, either at the start of a new day or as a reward at the end of a long one.
Add the convenience of automated delivery and save up to 15% on your favorite Starbucks coffee without ever missing a cup
Starbucks coffee is committed to sourcing 100% ethical coffee in partnership with Conservation International.

Why World coffee bean reserves are at their lowest level since 2000?

While US coffee consumption is at its highest level in two decades, global coffee bean stocks are at their lowest level since 2000.