How was Tourism in Ancient Pompeii?

History of Tourism in Ancient Pompeii, 89 BC- 62 AD: In 89 BC was besieged by Lucio Cornelio Sila. And he surrendered in the year 80 a. After this episode, Sulla established a colony with the name of Colonia Cornelia Veneria Pompeianorum. The inhabitants received Roman citizenship shortly after, but were removed from part of their territory.

The inhabitants of the municipality of Pompeii lost their political freedom. What Rome gave them was local administrative autonomy, in this case by a council of four magistrates (quattuoviri), next to which was a quaestor. Like all municipalities, Pompeii was given the opportunity to exercise its own jurisdiction.

The city became an important point of passage for goods, which arrived by sea and were sent to Rome or southern Italy following the nearby Appian way. It was also transformed into a city where the upper class citizens of Rome built their villas. These villas were used as seasonal tourism or temporary residence.

How was the Destruction and historical disappearance of Pompeii?

In 62 AD a strong earthquake seriously damaged the city. Then restoration work was undertaken that had not yet been completed when Vesuvius erupted. There were ruined temples and public places and several crews of workers repairing flaws in private houses. Several buildings still have plaques honoring the wealthy citizens who offered their own money to repair them.

The traditional date for the pyroclastic eruption and avalanche that destroyed Pompeii appears in the account of Pliny the Younger is August 24, 79 AD. From that date the city remains buried by volcanic ash until its discovery in the 17th century

When was Ancient Pompeii Discovered?

In the 18th century, the discovery of the ruins of Pompeii caused a real commotion among lovers of Antiquity. The city had disappeared from the map between August 24, 79 AD , when a lethal eruption of Vesuvius buried this and other towns such as Herculaneum and Stabiah.

Over the years the memory of the existence of some ancient ruins in the area was kept, and some even ventured to point out its location.But it was not until 1738 when the future Carlos III of Spain, then King of Naples, commissioned a Spanish military engineer, Roque Joaquín de Alcubierre, who started the excavations.

Those first surveys were made in the Herculaneum area, an especially difficult point because the city had been buried under a solidified layer of volcanic lava that reached 26 meters thick. For this reason, despite the fact that some splendid statues were unearthed, the monarch and his advisers decided to broaden the scope of the search. Thus, in 1748, excavation began in the area of ​​ancient Pompeii, although the city was not identified as such until much later, in 1763. 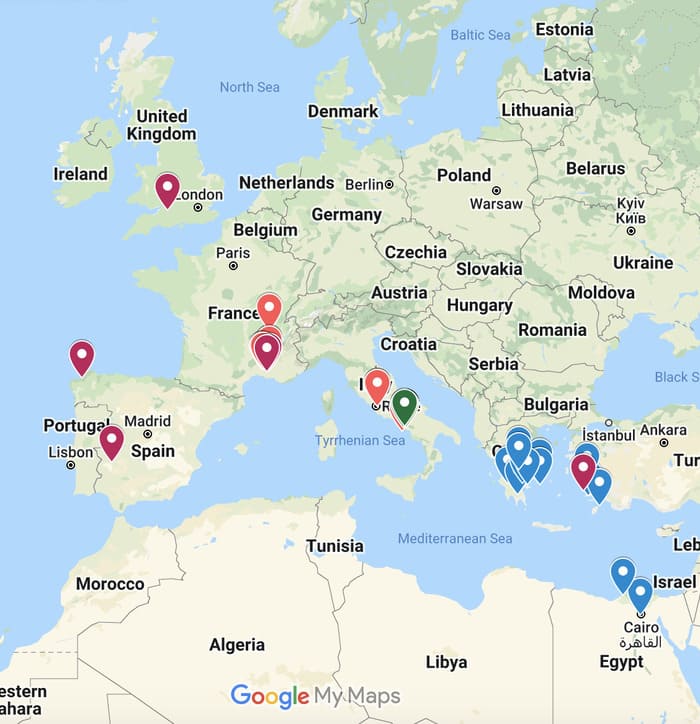 In the history of tourism, Pompeii had been covered by a much less thick layer of solidified volcanic ash. Later, a much lighter layer of lapilli (small stones ejected during a volcanic eruption) was found. That is why, access to the ruins was from the beginning much easier.

Initially the excavators were disappointed, because they did not find the elegant sculptures that the king of Spain wanted. Technically more than an archaeological dig it was looting.

For two years they explored two opposite areas of the city, the amphitheater and the Sepulcher road. After a pause, in 1755 work resumed, always under the direction of Alcubierre, who remained in the post until 1780. The discoveries followed one another: Cicero's villa, Julia Félix's estate. Some time later the Grande theater, the odeon, the town of Diomedes and the temple of Isis appeared.

The anxiety for the discoveries spread throughout Europe, and a large number of scholars, and also curious travelers, that is, tourists. Most of the Tourists were upper class, mostly British, who were running the Grand Tour. They began to arrive at the site to see the unearthed buildings, the statues, and the first frescoes in sight.

How was the Temple of Isis in Ancient Pompeii?

The temple of Isis aroused special interest; It was the first sacral space excavated in Pompeii, and was the best preserved so far. This was the first Egyptian sanctuary that Europeans could see with their own eyes, because the trip to Egypt was not feasible at that time. The work of Alcubierre and his team was strongly criticized from the start. The German scholar Winckelmann, for example, wrote in 1762: about de Alcubierre's incompetence.

According to the excavations, they have caused the loss of many beautiful things. The ultimate purpose of the excavations was claimed to be none other than to loot valuables, especially sculptures. These art objects only served to decorate the palaces of the king of Spain. He also reported that other objects that were not relevant were discarded.

Grand Tour on Pompeii - History of Tourism in Ancient Pompeii

Added to this was the frustration of Grand Tour travelers who could not freely access the discoveries. It must be taken into account that archeology as a discipline was in its origins. This discipline began to develop precisely from the discoveries of Pompeii, which led to the question of how a large-scale archaeological excavation should be approached.

Francesco La Vega, a collaborator of Alcubierre, took charge of the excavations in 1780. He immediately took a series of measures that sought to achieve better planning and consistency of work. Francesco La Vega also took care to properly preserve what was already unearthed. He had the buildings roofed so that the paintings and other antiquities could be preserved. He also ordered the replacement of some monuments that had been transferred to the museum in the town of Portici.

Marshall of Napoleon in Pompeii

With the arrival to the throne of Naples of a marshal of Napoleon, Joachim Murat the French stage began, in 1808. Murat's wife, Carolina and sister of Napoleon, showed special interest in the excavations in Pompeii.

She personally controlled the works directed by Pietro La Vega, brother of the previous director. During those years the entire perimeter of the wall was excavated. Also the city gates as well as some of the most important streets. Areas that had been excavated in isolation were joined and work was done on the forum.

Bourbons on the Neapolitan Throne

After the restoration of the Bourbons on the Neapolitan throne in 1815, archaeological work experienced a serious setback due to lack of money. But at that time some of the most famous buildings in Pompeii were recovered. We are talking about the house of the Faun, where the spectacular mosaic representing the battle between Alexander the Great and Darius was found.

The number of visitors increased continuously, especially after the inauguration in 1840 of a railway station linking Pompeii with Naples. After this, the first hotels and restaurants that offered their services to travelers were opened. Needless to say, this type of tourism was for the upper classes, due to the high prices of services

But the breakthrough in the exploration of Pompeii occurred in 1863, shortly after the fall of the Bourbons and the incorporation of Naples into the unified kingdom of Italy. In that year one of the most renowned archaeologists of the time, the Italian Giuseppe Fiorelli, took over the direction of the excavations.

Fiorelli's objective was, in the first place, to complete the exploration of the site, of which only a third had been excavated. But, Fiorelli applied a rigorous archaeological method that he put into practice. He divided Pompeii into nine regions, subdivided in turn into isles (islands) and thresholds. In this way I accurately locate each of the buildings excavated in the city.

Hence the current numbering of the houses that is still used today; for example, Menandro's house is I. 10. 4, that is: Region I, Insula 10, Threshold 4.

Fiorelli excavated the buildings from above and not from the open tunnels in the streets, as had been done previously. This prevented the walls from collapsing, as was often the case.

Creative archaeologist, Fiorelli made a splash with his idea of ​​creating casts for the victims of the eruption. To do this, he injected gypsum into the holes left by the bodies of the victims when they decomposed under the layer of volcanic ash. Fiorelli also decided to authorize access to the excavations to everyone, upon payment of an entry.

If until then only the upper class characters had obtained permission to access the ruins, now any citizen could walk the streets of the ancient Neapolitan city.

The House of the Vettii was one of the discoveries of the 19th century. It was excavated in search of suitable objects for museums between September 1894 and January 1896. 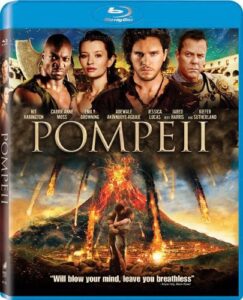 Excavate Pompeii in the 20th Century

At the beginning of the 20th century, the fame of Pompeii increased thanks to the mass media and the continuous flow of annual visitors, as archaeological campaigns continued.

Vittorio Spinazzola's excavation of the path of Abundance was famous for the large number of graphites and pictorial decorations on its facades.

Benito Mussolini and the History of Tourism in Pompeii

Pompeii became a propaganda tool for the different Italian governments, especially from 1923, under the fascist regime of Benito Mussolini. Pompeii was a sample of the past greatness of Italy. The Mussolini government made large amounts of money available to Amedeo Maiuri, the new director of the site from 1924.

From 1924 the discoveries followed one another, such as that of the Villa of the Mysteries, with its sensational frescoes and Menandro's house, excavated by Maiuri between 1926 and 1932.

In 1943, during the WWII a series of Allied bombings seriously damaged the archaeological remains. But once the conflict was over, work resumed at a good pace with some unpleasant consequences. The unearthed materials were used for the construction of the Naples-Salerno highway and as fertile soil for crops in the area.

Since the sixties of the 20th century, three new houses have been unearthed: those of Fabio Rufo, Julio Polibio and  the house of lovers . Even so, at present, 25 hectares of the site, a third of the total, have not yet been unearthed.

But perhaps the greatest challenge for archaeologists is the conservation of buildings, mosaics and frescoes already discovered. Also preserving the pressure of mass tourism, as it is visited by several million tourists a year. 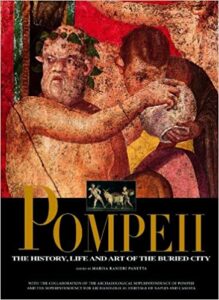 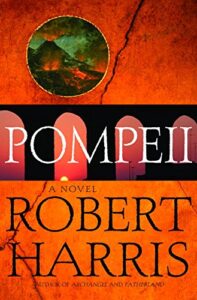