The Great Synagogue of Budapest – Hungary

The Great Synagogue of Budapest It is one of the most important buildings in Budapest on Dohany Street.

Located in Pest, in the eastern part of the Danube, the synagogue was built between 1854 and 1859. Its architect, Ludwig Förstery, was inspired in part by the Alhambra in Granada to design this beautiful temple, which has a capacity of 2,964 seats (1,492 for men and 1,472 for women). Thus being the second largest synagogue in the world. The first is in New York.

The structure of the Great Synagogue

The Great Synagogue of Budapest is between the confluence of Dohány, Karoli, Kiraly and Kerstez streets. Its measurements are: 173 feet (53 meters) long, 85 feet (26 meters) wide and capacity for almost 3,000 people. The synagogue has two high towers 141-foot (43-meter) stand out, each crowned by domes.

Its structure is reminiscent of a Catholic church, since the Jewish community was very integrated to the Hungarian population and they did not want their temple to be a differentiating element. It must be taken into account that at the beginning of the 20th century the Jewish community constituted 23% of the population of Budapest. For these reasons some elements were added that are not found in a common synagogue.

They are: a stained glass in the shape of a rose window, the pulpits on both sides, the altar, and the organ. It must also be said, that all these elements. These elements were added, because it is a center of neological Judaism, that is, a reformist branch of Judaism. The construction of this great building was made possible by the growing prosperity of the Jewish community in Budapest. 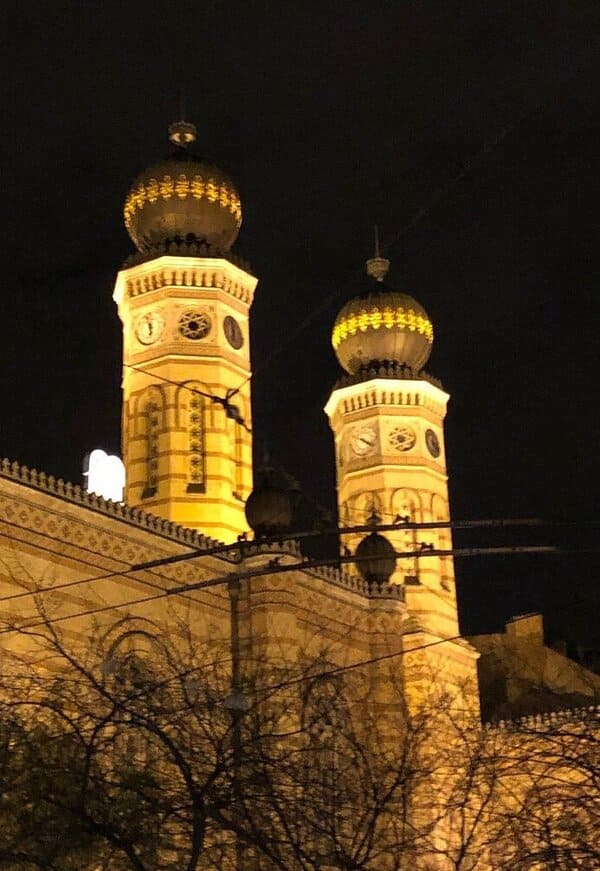 Great Synagogue of Budapest: After the war

After the war, it returned to function as a temple, but it was not until 1991, after the fall of the communist regime, that its restoration began. In pare funded by the state and by many private donations. Among them, Steé Lauder, the daughter of a Hungarian Jewish immigrant, donated $ 5 million. The restoration ended in 1996. On the benches you can see plaques with the engraved names of the people who collaborated with the restoration of the synagogue. 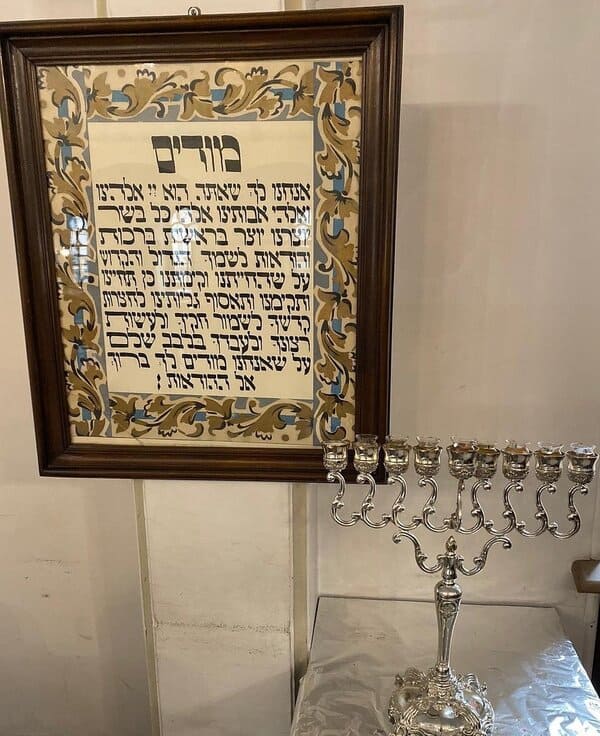 A cemetery is never located in the vicinity of a synagogue. but in this case there are reasons of force majeure. The synagogue was part of the Budapest ghetto and its walls were a refuge for many homeless people within the ghetto. During the famine between 1943 and 1945 more than 2000 people had to be buried in his synagogue courtyard. 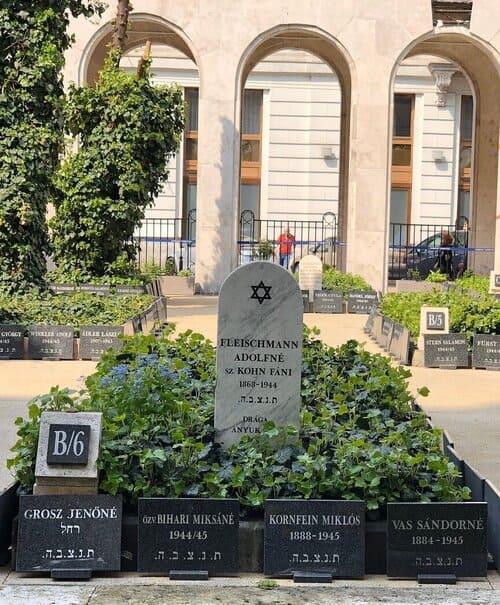 At the rear of the Budapest Synagogue is the Memorial Park, which was opened to the public in 2004 to remember the more than 400,000 Hungarian Jews who died during World War II. There are many stones in the tombs, since the stones are eternal, and they are not something temporary like a cut flower can be. 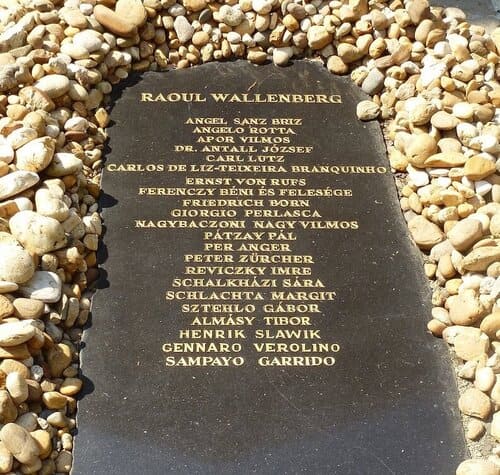 The most famous of the monuments in this park is the Tree of Life. This metal tree, similar to a weeping willow, has the names of the victims engraved on its leaves.

There is a plaque in the center with the names of all those who helped save thousands of lives during the Holocaust. Among them is a Spaniard, Ángel Sanz Briz, a Spanish consul who gave thousands of Spanish passports to Hungarian Jews, posing them as Sephardic descendants. There is also a commemorative sculpture, in which the flames depicted refer to the word holocaust in Greek (“olo” todo, and “καυστος”, burned). 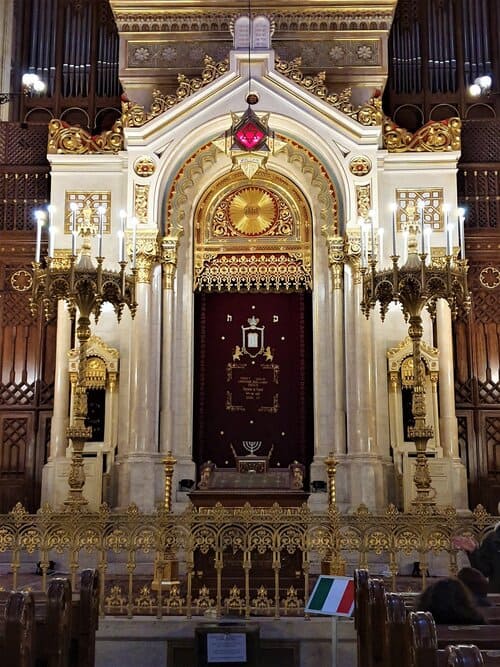 Opening hours of the Great Synagogue of Budapest: