The Tower Bridge in London, England, celebrates the 125th anniversary of its opening. The design was chosen among more than 50 alternative projects, some very extravagant.

Known throughout the world for its two Gothic towers under which the bridge opens to let the ships pass. This monument is one of the obligatory points to visit in London, the British Capital.

The current design was one of the 50 that tried to give a solution to the need for a new fluvial crossing. He had to allow the crossing between the banks and passage to the ships. At that time the port of London was the largest concentration of ships in the world. 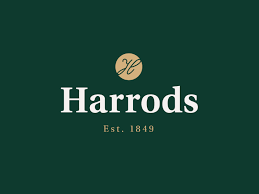 50 designs for the Tower Bridge

The head of the Tower Bridge, Chris Earlie, explains that there were very extravagant and very creative ideas. Here are some examples

The civil engineer Sir Joseph Bazalgette proposed this traditional design, based on the Tower of London. The bridge was very high with long accesses. But it turns out that it was discovered that the horses that pulled the cars would be exhausted before reaching the top of the bridge. There were other designs with floodgates, rotating and even with tunnels.

Finally he won the project presented by the engineer Sir John Wolfe Barry and the architect Sir Horace Jones. A bridge that opens in the center, with huge chambers at the feet of the two towers to accommodate the counterweights that swing downward as the two parts of the walkway rise up.

The 125th anniversary was June 30 of this year 2019. Some of the alternative designs are exhibited in the exhibition halls. There were also actors who recreated the workers, engineers and inhabitants of the Victorian era.

The construction of the Tower Bridge

It worked for eight years to build the Tower Bridge, which was inaugurated on June 30, 1894 by the Prince of Wales Albert Edward of Saxe-Coburg and Gotha (Future Edward VII). The same day of its inauguration, the prestigious specialized magazine The Builder described it as monstrous and grotesque. Its construction cost about 1.6 million pounds, which is equivalent to approximately 250 million dollars today

In the first year, the bridge operated by a steam engine was opened more than 6,000 times. Now it works with power generators and grid electricity and opens about 850 times a year. Most of the bridge openings are due to the passage of tourist boats, which must be notified 24 hours in advance. River traffic has priority over cars and pedestrians.

The old steam engine can be accessed by accessing one of the towers and is a steel and iron structure that combines three different types of bridges: suspension, beam and swing.

Visitors to the Tower

Some 870,000 people visited the interior of the monument in 2018. The money raised goes to a charity of the City of London and adds more than 6 million pounds a year. There is a replica of London Tower bridge in the Chinese city of Suzhou and a future copy is prepared in the Philippines. 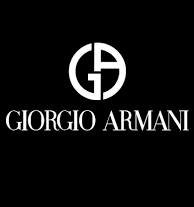