This suite is part of the Airelles Hotel, Le Grand Contrôle within the Chateau de Versailles.

The Beauvilliers Suite pays homage to the very first resident of the Grand Contrôle. This remarkable Suite once housed the office of the First Clerks, who formed the close entourage of the Secretaries of State. See Life of  Paul de Beauvilliers, Duke of Beauvilliers.

Ideal for a family stay in Versailles, this 70 m² Suite can accommodate three adults, or two adults and two children thanks to its separate living room and sofa bed. It also enjoys a superb view of the main courtyard of the Grand Contrôle and the Swiss Water Piece.

During your stay at the Grand Contrôle, enjoy a multitude of privileges and exclusive access to the Palace of Versailles and its gardens:
– Visit with private guide of the Domaine de Trianon
– At the end of the day, enjoy an exclusive tour of the rooms that make Versailles famous: the State Apartments, the Hall of Mirrors, the Royal Opera and the Royal Chapel of Versailles.
Finally, choose from a multitude of activities such as exploring the gardens on board electric golf cars, electric boats on the Grand Canal, individual yoga lessons or even a moment of relaxation at Spa Valmont. 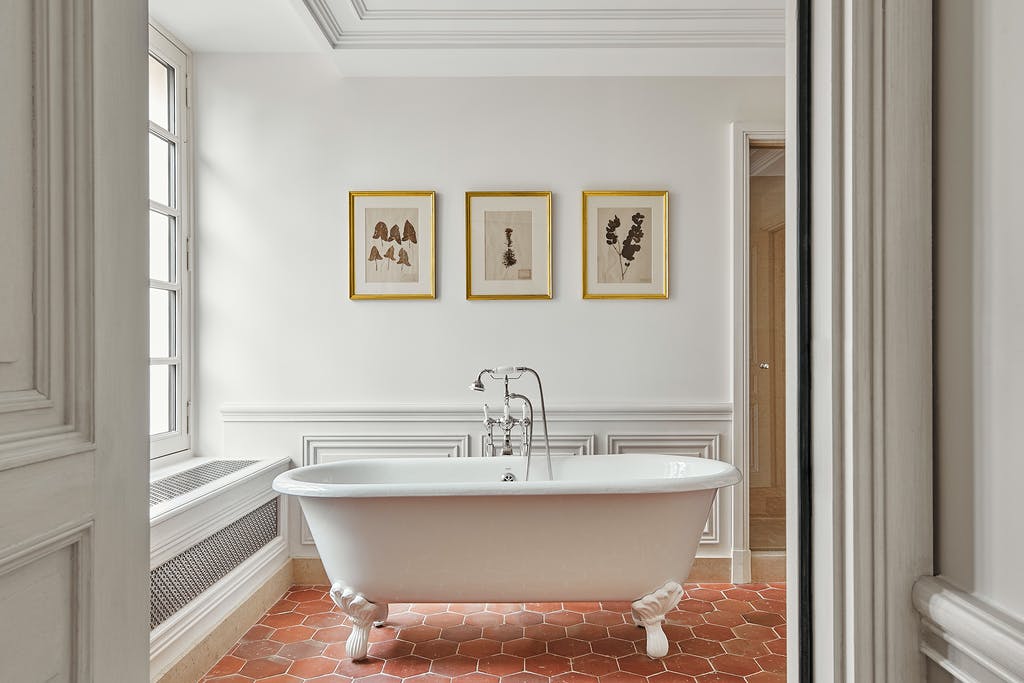 Details of the Suite

Career of Duke of Beauvilliers

Born in Saint-Aignan-sur-Cher on October 24, 1648, he obtained on December 10, 1666 the survival of the office of first gentleman of the King’s Chamber held by his father. He served during the campaigns of the Dutch war, but without showing a decided military vocation.

He won the esteem of Louis XIV by his piety and his austere life. The king appointed him on December 6, 1685 head of the Royal Council of Finance to replace the first Marshal de Villeroy. This essentially honorary job made him the only aristocrat by birth associated with a government made up of men from the service nobility and guaranteed him an annual income of nearly 100,000 pounds.

August 16, 1689 Louis XIV appointed Beauvilliers governor of his grandson, Louis duke of Burgundy, then (August 25, 1690) of the Duke of Anjou (future Philippe V of Spain), and finally (August 24, 1693) of their youngest the Duke of Berry. Beauvilliers enlisted the abbot of Fenelon as tutor to the young princes, to whom he became a friend and to whom he remained faithful in his disgrace.

On July 24, 1691, after the death of Louvois, he entered the Council from above and held a prominent place there until his death, leaning for peaceful positions both during the war of the League of Augsburg and during the War of the Spanish Succession. He is notably known for having commissioned from the provincial intendants the famous memoirs for the instruction of the Duke of Burgundy, descriptive memoirs of the state of generalities which are among the founding documents of statistics in France.

Family of  Duke of Beauvilliers

The Duke of Beauvilliers married by marriage contract of January 20, 1671 Henriette-Louise Colbert (1660-1733), daughter of Jean-Baptiste Colbert and Marie Charron de Ménars. This marriage made him the brother-in-law of the Duc de Chevreuse. The two brothers-in-law were close friends of the Duke of Saint-Simon and are among the important figures in his Memoirs.

The Duke and Duchess of Beauvilliers had thirteen children, eight of whom were daughters. Seven of them were nuns at the Benedictine monastery of Notre-Dame des Anges de Montargis, including Marie Antoinette, who died in 17511. The eighth daughter, Marie-Henriette, married on December 19, 1703 Louis de Rochechouart, Duke of Mortemart. His sons having died young, the Duc de Beauvilliers left his duchy in 1705 or 1706 to his younger half-brother Paul-Hippolyte (1684-1776).

On February 22, 1710, he ceded his office of First Gentleman of the House to his son-in-law, the Duke of Mortemart.

The Duke of Beauvilliers died in Vaucresson, where he had a country house, on August 31, 1714 and was buried in the church of the Benedictine convent of Montargis.