It was created between 1914 and 1922 to honor the memory of the 16th President of the United States, Abraham Lincoln. The building is huge, shaped like a Doric Greek temple, and has a total of 36 columns, each 10 meters high. These columns symbolize the number of states at the time of Lincoln’s death. The architect of the monument was Henry Bacon.

Inside the building is the famous great sculpture of Abraham Lincoln sitting in a pensive state. The statue, sculpted in the relief of a seat, has a height of 19 feet and an approximate weight of 175 tons. There are also inscriptions from two well-known Lincoln speeches: The Gettysburg Address and his second inaugural address.

The designer and the sculptors

The designer of the great central statue of the interior of Abraham Lincoln (1920) was Daniel Chester French (1). The Lincoln statue was carved by the Piccirilli brothers (2), Italian sculptors.

Many important speeches have taken place at this monument, including that of Martin Luther King, which was delivered on August 28, 1963.

Right in front of the building, and forming part of the Lincoln Memorial, is the famous Reflecting Pond. It is a shallow, long and rectangular pond, which is among the most photographed in the city of Washington.

From the top of the stairs of the Lincoln Memorial you can get one of the best known images of the city, the Washington Monument reflected in the waters of this spectacular pond. 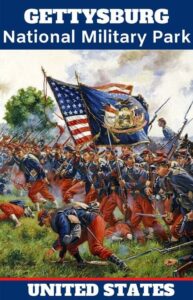 Four score and seven years ago our fathers brought forth on this continent, a new nation, conceived in Liberty, and dedicated to the proposition that all men are created equal.Now we are engaged in a great civil war, testing whether that nation, or any nation so conceived and so dedicated, can long endure.

We are met on a great battle-field of that war. We have come to dedicate a portion of that field, as a final resting place for those who here gave their lives that that nation might live. It is altogether fitting and proper that we should do this.

But, in a larger sense, we can not dedicate—we can not consecrate—we can not hallow—this ground. The brave men, living and dead, who struggled here, have consecrated it, far above our poor power to add or detract. The world will little note, nor long remember what we say here, but it can never forget what they did here. It is for us the living, rather, to be dedicated here to the unfinished work which they who fought here have thus far so nobly advanced.

It is rather for us to be here dedicated to the great task remaining before us—that from these honored dead we take increased devotion to that cause for which they gave the last full measure of devotion—that we here highly resolve that these dead shall not have died in vain, that this nation, under God, shall have a new birth of freedom, and that government of the people, by the people, for the people, shall not perish from the earth.

Pierre Charles L’Enfant (1754-1825) was a French engineer and artist who arrived in the North American colonies in 1777, accompanying the Marquis de Lafayette, to fight for the newly declared independence in the North American colonies. General Lafayette would return to France in 1782 but L ’Enfant, who had reached the military rank of Major, stayed in the United States, where he began working as an engineer, architect, and designer.

When debates arose over the federal capital and the location on the banks of the Potomac River was pointed out, L’Enfant ran to draft the plan for the new city. He finally got, thanks to his friendship with Alexander Hamilton and with the president himself, the commission to design the layout of the Federal City that would end up being called Washington D.C.

Washington is a planned city, following the layout proposed in 1791 by the French engineer Pierre Charles L’Enfant. This architect was inspired by the Palace of Versailles, (Louis XIV king of France), especially on a solid geometric basis.

Also the great gardens of the seventeenth and eighteenth centuries, and in particular Versailles and the works of Le Nôtre, or the symbols of Freemasonry, of which L’Enfant was a part, are found in the project of references that he used.

The L’Enfant Plan was not fully executed and was even partially modified. The McMillan Plan, was presented in 1901, led to the pact.

Congress, with the Residence Act of 1790, selected an area along the Potomac River, between the Eastern Branch (Anacostia River) and the Connogochegue, and empowered the president to define exactly the location and start the construction process of the new town.

The choice of the site responded to strategic reasons. The site was on the Maryland-Virginia border, roughly midway between the then northernmost state (New Hampshire) and the southernmost state (Georgia), and the Potomac River was navigable and allowed access through from the Appalachians to the still unexplored interior.

As the city approached its centenary, debates about the needs of the capital that had not been developed during its century of existence returned. In addition, the profile of the city in its encounter with the river had changed and required a reconsideration.

In the last decades of the 19th century, there were several overflows of the Potomac River, which flooded the entire southern portion of Pennsylvania Avenue. After the catastrophic flood of 1881, the decision was made to create a regulatory channel (the Washington Channel). An important dredging of the river was carried out in such a way that the extracted earth formed a barrier that separated the main channel of the channel. Its construction lasted between 1880 and 1892. The land barrier, which reached the mouth of the Anacostia River, was pending to receive a specific use.

In addition, the Tidal Basin was built to improve the drainage of the city. At present, this lagoon is connected to the river and the channel, turning the “tongue” of land into an island (and dividing the park that was finally built in that area in two, leaving East Potomac Park on the island and West Potomac Park at the end of the National Mall).

The debates on the city had very varied themes. Many voices demanded the redesign of the Mall that had evolved in a inconsistent way, others required the approach of an adequate park system and spaces were also claimed for the tribute of the nation’s heroes.

On this basis, in 1900 a commission was formed in Congress that, chaired by Senator James McMillan, would address the reflection on the future of Washington and the task of revitalizing the monumental center of the city. The latter was the big theme of the plan.
Some of the members of the commission were, Daniel Burnham, architect director of the Chicago exhibition, the landscaper Frederick Law Olmsted Jr., the architect Charles F. McKim (of McKim, Mead & White) and the sculptor Augustus St. Gaudens.

In 1901 the commission presented a proposal for the remodeling of the National Mall, the political heart of the city, which would become known as the McMillan Plan.

The commission approached urban issues following the ideals established by the City Beautiful movement, which had been born in Chicago from the “White City” (the World’s Fair of 1893). The presence of Burnham or McKim and the support of other leaders of the AIA (American Institute of Architects), followers of this trend, allowed Washington to become one of the first cities in which these urban principles were applied.

The Beautiful City was inspired by the great geometric, perspective and articulated layouts of classicism and the Baroque, it resorted to Beaux-Arts architecture for its large buildings, it was committed to monumentality, especially in public spaces and in general it proposed extraordinary urban scenographies . In addition, it meant a determined support for the great planning and for the urban project. The defenders of the style argued that with these strategies, which prioritized the aesthetics of the space, much more favorable environments were achieved for adequate social development.

The City Beautiful criteria guided many actions in North American cities and in some of the colonial cities of imperialism between the late 19th and early 20th centuries.

The L’Enfant Plan with its great open and infinite perspectives would give way to the architectural and closed composition of the McMillan Plan, in which routes with focused beginnings and ends were proposed within a great emphaticness in the configuration of the space.

In the McMillan Plan the center of the city is remodeled, formalizing the National Mall with large public buildings, mainly museums of art and history, that mark the great axis that starts from the Capitol, an axis that was extended to the land reclaimed from the Potomac River ( which was much further away for that reason).

The axis chaired by the White House was extended to the south. The two wide spaces formed, in project, a colossal cross. The impressive dimensions of the proposal were reinforced with gestures such as the wooded alignments, the extensive open meadows or the strategic location of the Memorials.

Also the Washington Monument, the gigantic obelisk that exceeds 169 meters in height and was built between 1848 and 1888, or the extraordinary Reflecting Pool, the sheet of water located between the Lincoln Memorial and the National World War II Memorial enhance the monumental impression of the set.

The project underwent various changes, particularly in the south wing of the “cross”, which ended up disappearing due to the Tidal Basin, or in the oblique perimeter roads to the west that were never built.

Despite the modifications, this large space has maintained its essence of monumentality and significance, becoming an international icon. The magnificence of the three and a half kilometers that separate the Capitol from the Lincoln Memorial, or its role as the scene of massive public demonstrations, bear witness to this.