The Hundred Years War made the kings of France decide to move the court from the banks of the Seine to those of the Loire, settling in Amboise half an hour from Tours. Then its old fortress, perched on the hill that dominates the city, was transformed into a Royal Castle during the 15th and 16th centuries by the kings Carlos VIII, Luis XII and Francisco I. It was transformed into a splendid palace that had more than 300 rooms, adopting the style that was born in Italy during the Quattrocento, which is why it is considered the cradle of the French Renaissance. 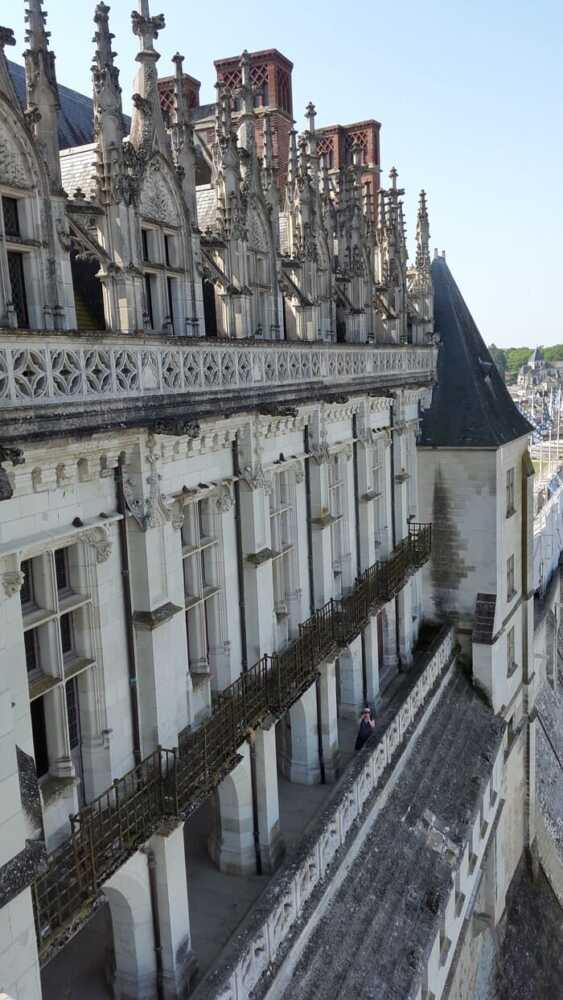 To access the Royal Castle of Amboise, you have to go up a spiral ramp to the garden. From the garden terraces you can enjoy an amazing panoramic view of the Loire Valley.

The first building to visit will be the Chapel of St. Hubert, patron saint of hunters (The decoration with hunting motifs: animals, deer horns is everywhere). It is a building built in 1493 in flamboyant Gothic style, intended for the private use of sovereigns.

Here is the tomb of Leonardo da Vinci, who was buried in the collegiate church of Saint Florentin, and when it was destroyed, his remains were transferred to this chapel. Now a simple slab reminds of this great universal genius. 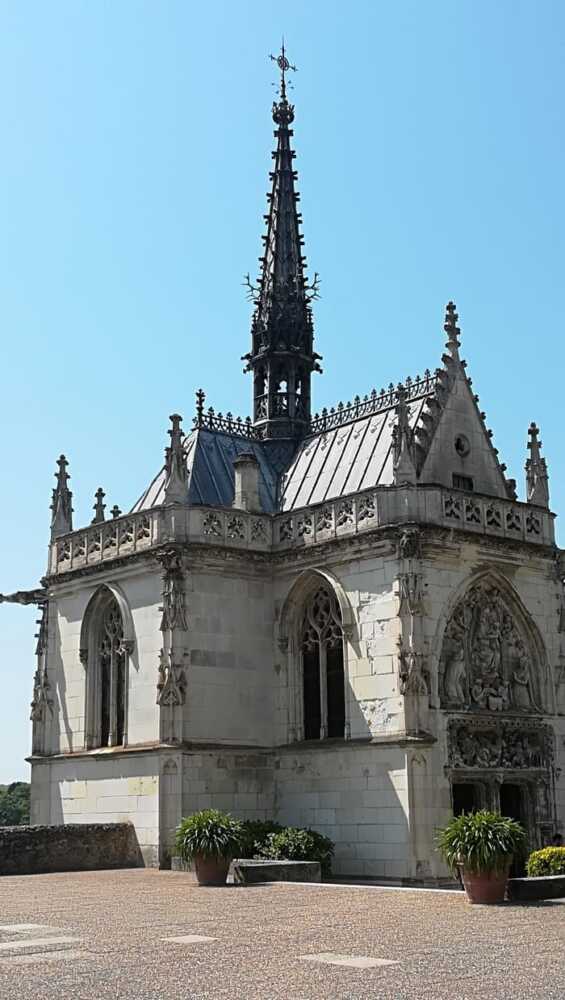 In front of the chapel is the Castle, much of which was destroyed during the French Revolution, so today you can only visit about a fifth of what was once a complex building system.

Throughout the visit of the Castle, you will learn about the evolution of styles in the different rooms. You will enter first through the wing built by Carlos VIII, it is the Gothic area, you will see the Sala and the Paseo de la Guardia, which is an open gallery that allowed the monitoring of the Loire. 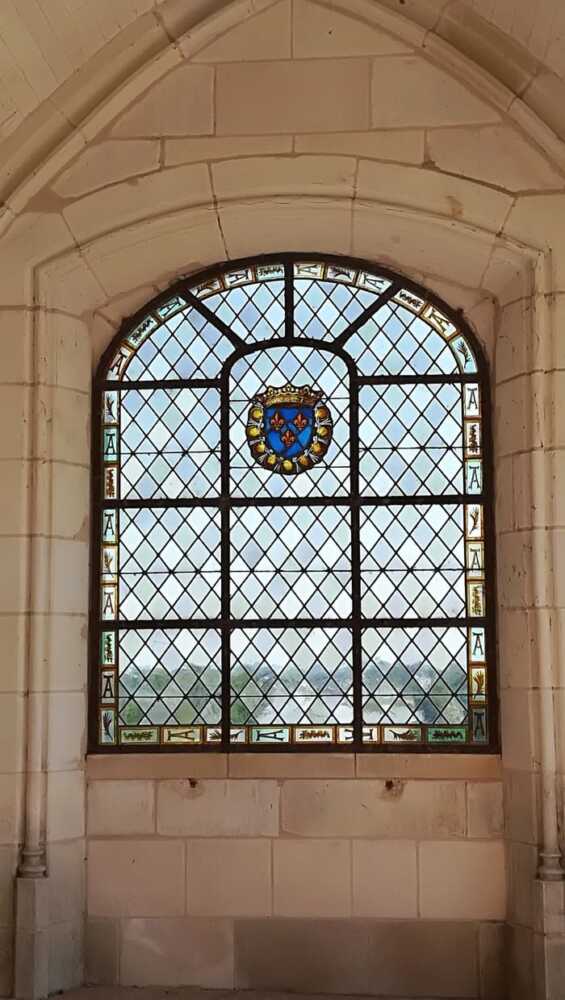 Some nobles were in charge of the king’s close guard, one of these nobles was the knight D’Artagnan, captain of the Musketeers of King Louis XIV, who was in the castle from December 4 to 16, 1661, when he was escorting Minister Nicolas Fouquet who was taking him to Paris where he was to be tried.

In the Renaissance Apartments, you can visit the Cupbearer’s Room, the Chamber of Enrique II with a very elaborate and large bed and the Antechamber of the Cordon where guests waited before being received.

The last style that you are going to contemplate in the Castle corresponds to that of the Orleans Apartments, which inhabited this area in the 18th and 19th centuries. You will go through the Labor Office, the Private Chamber of Luis Felipe, Duke of Orleans, and the Music Room. 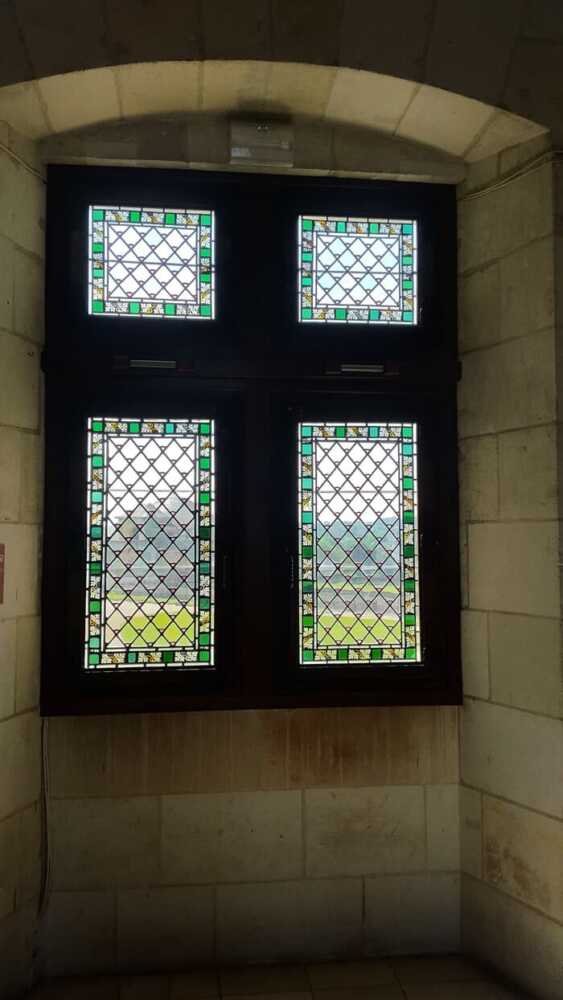 From here you will access the roof of the Royal Castle of Amboise, more specifically the Tower of the Minimums, from which the Loire overlooks from a height of forty meters. Here a staircase goes down to the spiral ramp that allowed the access of the horses and carriages to the terraces of the castle from the city. 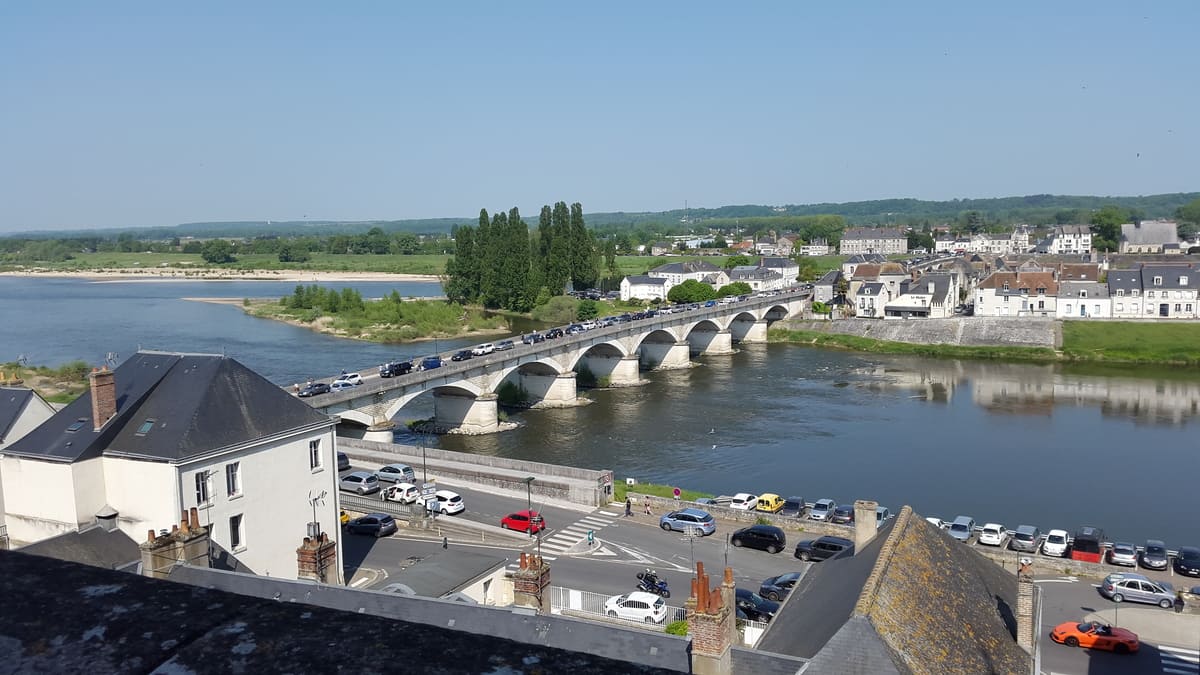 The Gardens of the Royal Castle of Amboise

Before leaving, spend some time strolling through its gardens, there you will find a bust of Leonardo da Vinci, in what was the site of the Collegiate Church of Saint Florentin (now defunct), and where the artist was initially buried. 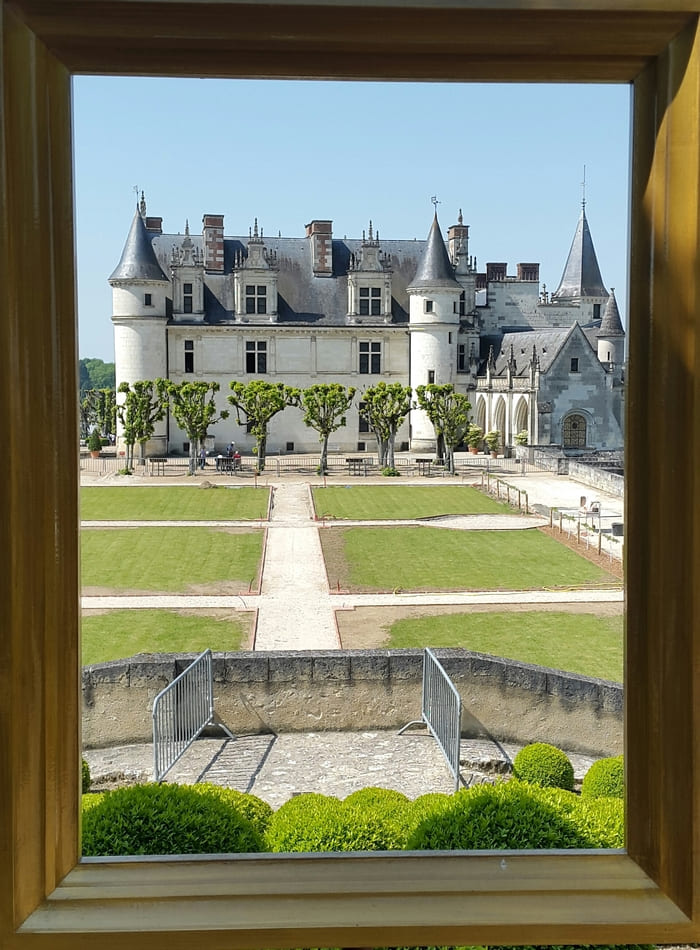 Several paths cut through the old romantic park, and there are a series of terraces overlooking the Loire, which were adorned in the 15th century with the first Renaissance garden in the Loire Valley. You will also find the Orient Garden, which honors the memory of the deceased companions of Emir Abdelkáder, who was a prisoner in the Castle for four years (1848-1852) with his family and his entourage of 80 people.

To get out you have to go to the Heurtault Tower, where you will go down its spiral ramp; look at the grotesque decorations from the 16th century. 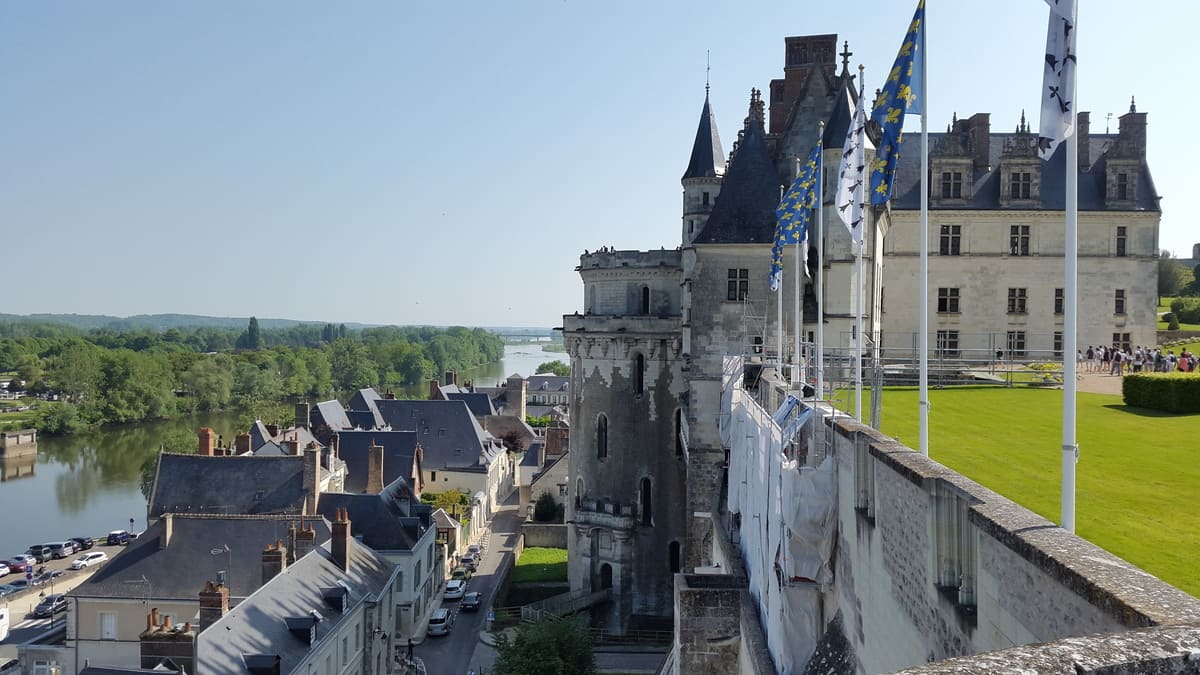 The Castle is open every day of the year, except January 1 and December 25. If you want updated information on schedules and prices, you can visit the official website of the Château de Amboise.

We stayed in Francueil (Bella Simonetta) to be able to tour the entire Loire Valley. It is the best option because it is close to more than 70 castles in the Loire Valley, including the Château de Chenonceau, one of the most famous and visited in France. 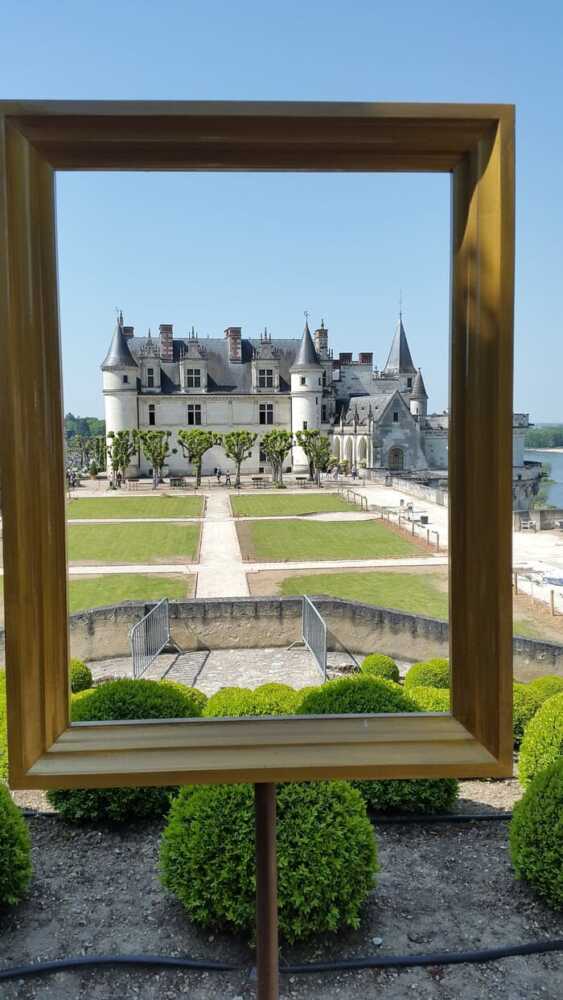