The National Garden of American Heroes is a proposed monument to “great figures of America’s history”, planned through executive order by President Donald Trump. The garden, along with a Task Force for Building and Rebuilding Monuments to American Heroes, was announced on July 3, 2020 at the Independence Day celebration event at Mount Rushmore in Keystone, South Dakota.

In his speech, Trump described the proposed monument as “a vast outdoor park that will feature the statues of the greatest Americans to ever live.” The garden is slated to include statues of notable political figures, activists, businesspeople, and pop culture icons.

Administrator of the General Services Administration, chair of the Advisory Council on Historic Preservation, and any additional “officers or employees of any executive department or agency” designated by the president. 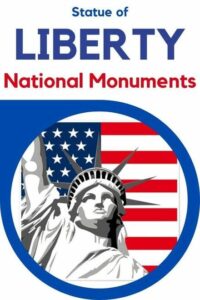 After the executive order was signed on July 3, 2020, the task force was granted 60 days to develop preliminary for the plans for the site, including a potential location for the garden.The executive order also states that the garden will open before July 4, 2026, the 250th anniversary of the signing of the Declaration of Independence.

Although the statues should be of “historically significant Americans,” those who “made substantive historical contributions to the discovery, development, or independence of the future United States” can also be depicted, including Christopher Columbus, Junipero Serra and the

What did President Trump say in his speech?

It was a highly symbolic setting for the speech: Mount Rushmore, in South Dakota, features the carved faces of four US presidents, two of whom – George Washington and Thomas Jefferson – were slave-owners.

President Trump vowed to protect monuments against what he called a “left-wing cultural revolution”
President Trump railed against the “cancel culture” of those who toppled monuments during recent anti-racism protests.

He condemned those who targeted statues as “angry mobs”. Mr Trump accused protesters of “a merciless campaign to wipe out our history, defame our heroes, erase our values, and indoctrinate our children”. “We will not be silenced,” he said.