We left the Offenburg station in Germany and took a local train, which was more like a tram than a train. After a journey of only 25 minutes we arrived at the train station in Strasbourg. Then the journey began. 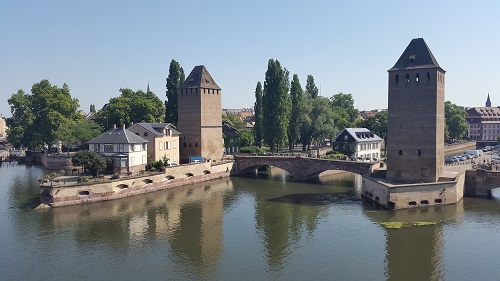 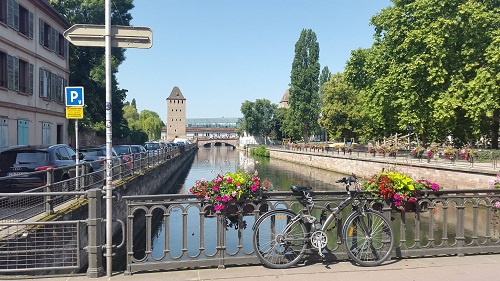 After leaving the luggage at the hotel we went on foot to the area called Pettite France. This is a charming area, full of canals and flowers. You can see an old fortified river port where there are deposits, watchtowers, cranes, accommodation for cannons and many more things from the sixteenth and seventeenth century. The houses are germanic style of the Bavaria area. 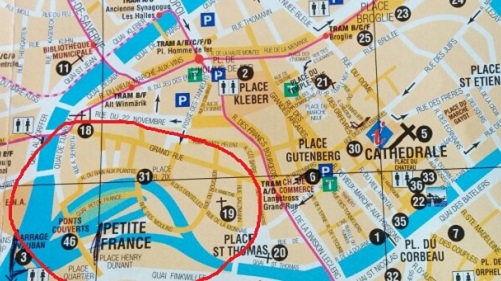 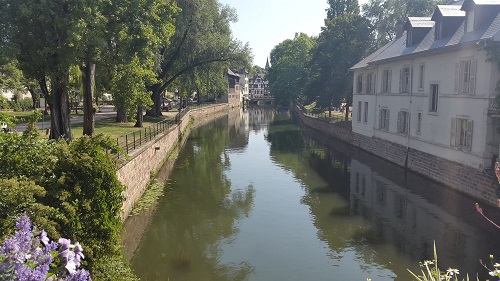 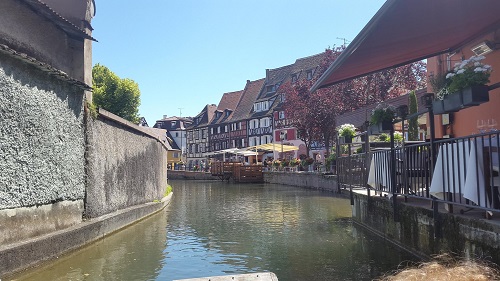 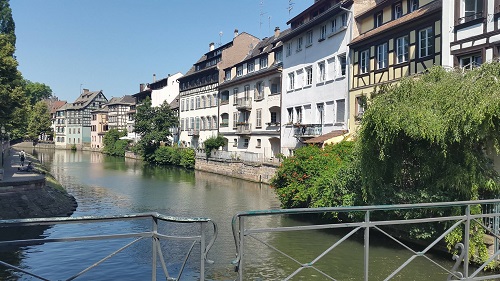 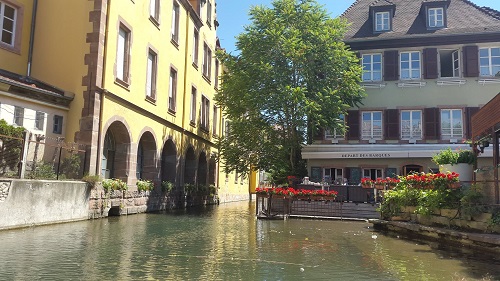 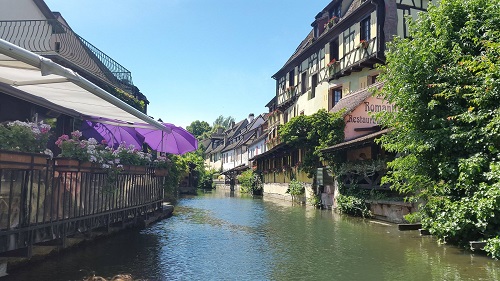 We decided to visit one of the main attractions of the City. The cathedral of Strasbourg. (To see more of the History of the cathedral click here)

It is a magnificent monument of the eleventh century, considered the tallest building in the world until the mid-nineteenth century. It was built between 1176 and 1439 and has a 142 m 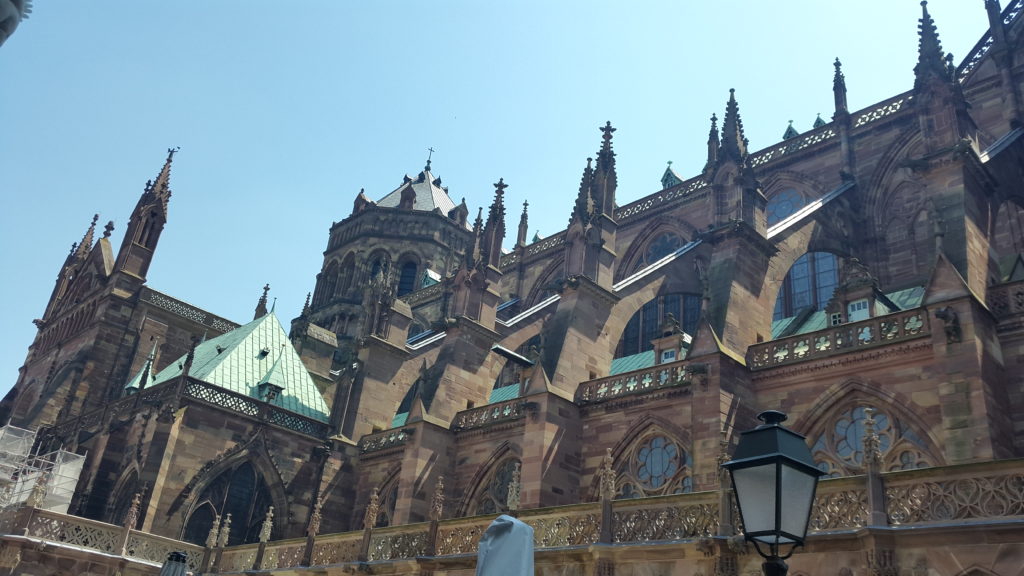 The chiming of the astronomical clock is a  short event,  but amazing unless you keep in mind that it is truly an amazing feat for a nearly 300 year old clock. When standing in front of the clock, be sure to look up and to see the statue of the clock’s architect looking at his masterpiece.

The Tower of Cathedral

The tower of the Cathedral is accessed by a side access very close to the entrance of the astronomical clock. You pay the entrance and then you have to climb about 332 steps (keep in mind that there are no intermediate breaks) to access the cathedral terrace. Just before accessing the terrace, on the left you can see a wonder of the Middle Ages. It is the Treadwheel Crane with which they built the cathedral and is still in the same place after almost 1000 years. 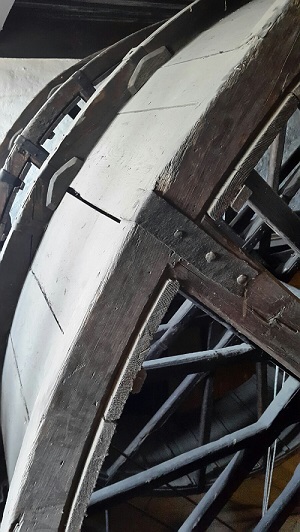 On the terrace you can see the whole city and also the rest of the tower, which is forbidden access to the public. 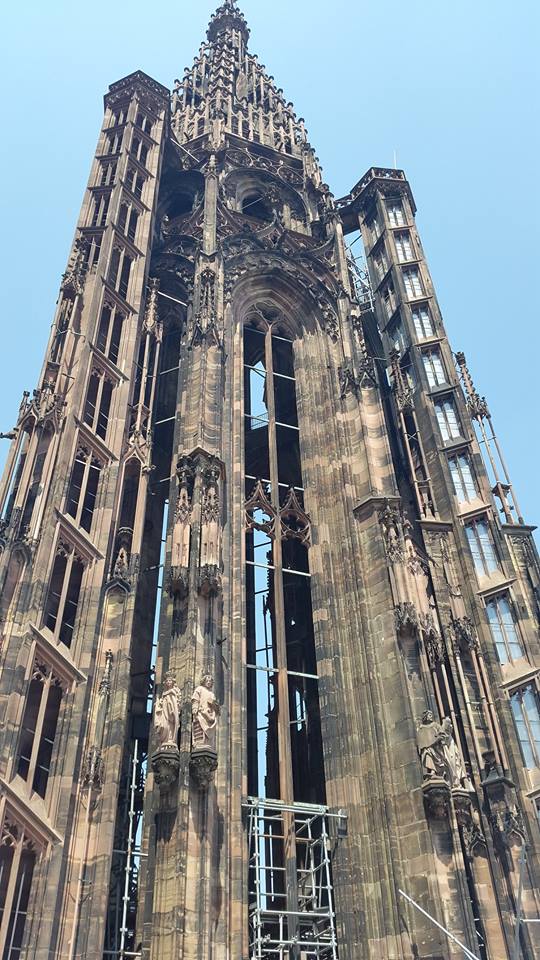 Strasbourg is located on the west bank of river Rhine. The Roman Empire conquered the area around 12 BC, and renamed it to Argentoratum, and it developed into an important military base or castra, stationing the 8th Legion from 90 AD onwards. 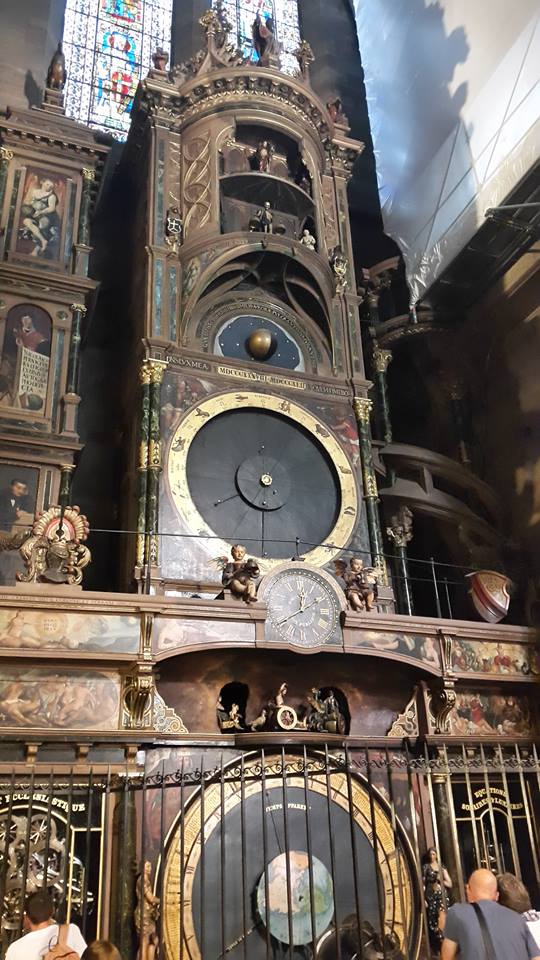 After the fall of the Roman Empire, the Alsace was occupied by a Germanic tribe, who eventually were absorbed into the Frankish empire. Somewhere in the Early Middle Ages, the town must have changed its name to Stratisburgum. After the split of the Frankish Empire in the 9th century, the Alsace became part of the Holy Roman Empire, and it stayed within the German empire until the 17th century, even when Strasbourg obtained the status of Free City in 1262.

Strasbourg was one of the first German cities to embrace the protestant, Lutheran faith in the early 16th century. It became a centre of learning and book printing; the first newspaper in Europe was printed in Strasbourg. In 1681, the city was annexed by the King Louis XIV ( France) , who take advantage from the 30 Years’ War in Germany. Unlike in the rest of France, the protestant faith was not outlawed. Strasbourg’s status as a free city ended with the French Revolution.

During the Franco-Prussian War of 1870, the Germans annexed the city and applied a policy of Germanic culture to the civilian population, which led to exile to which they did not accept this discriminatory policy. After the First World War and because of the defeat of the German Empire, the city returned to France, and now it was the turn of the French to stamp the traces of the German occupation. During the Second World War, the Nazis occupied the city and considered the Alsatians as German citizens. Many were forced to fight in the German army, a situation that led them to be accused of collaborations after the war.

Today, Strasbourg is one of the largest cities in France with almost half a million inhabitants in a metropolitan area that crosses the river to the German city of Kehl, on the eastern bank of the Rhine. The city is the seat of the Council of Europe, the European Court of Human Rights, the European Ombudsman, and the European Parliament.

Every first Saturday of the month, entrance to all museums is free

These are other attractions to consider 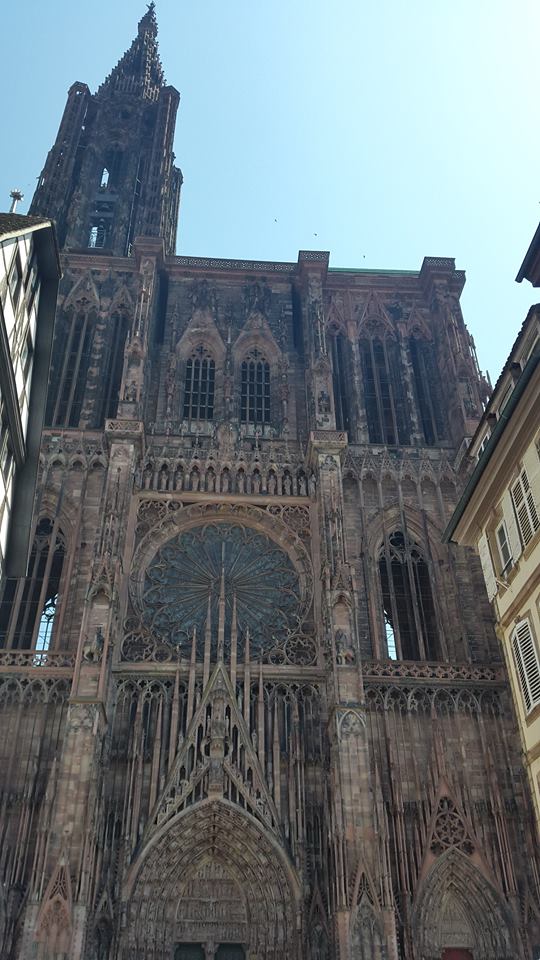 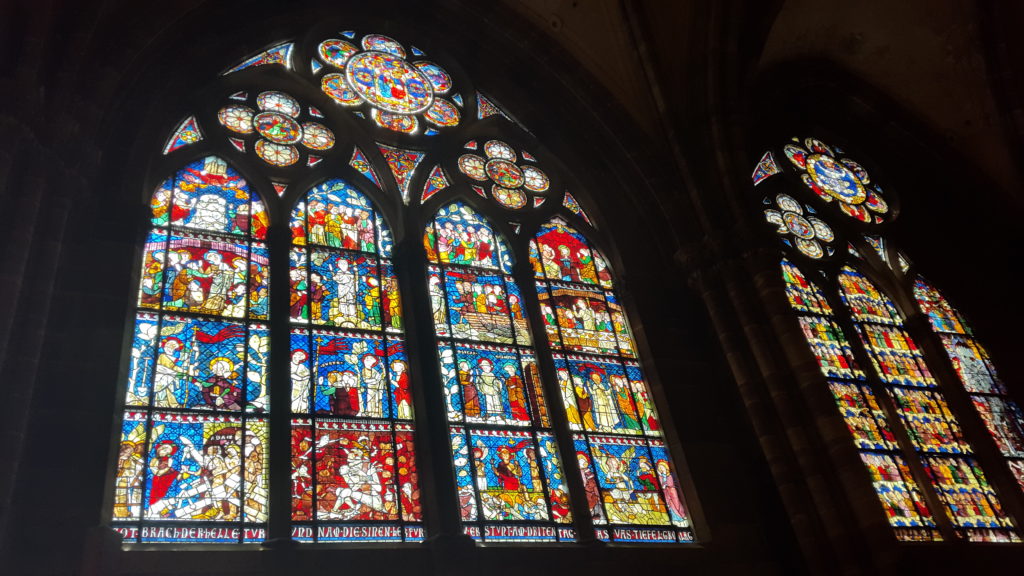 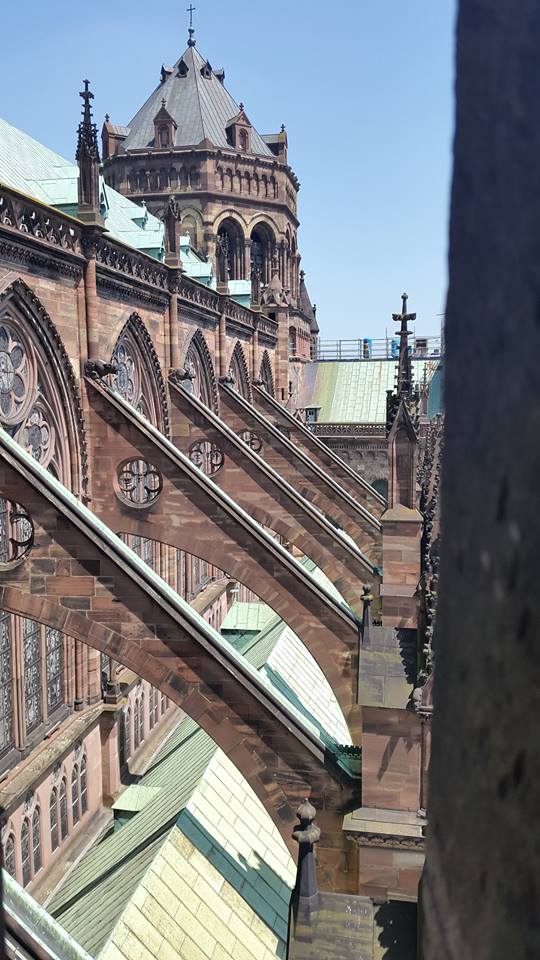 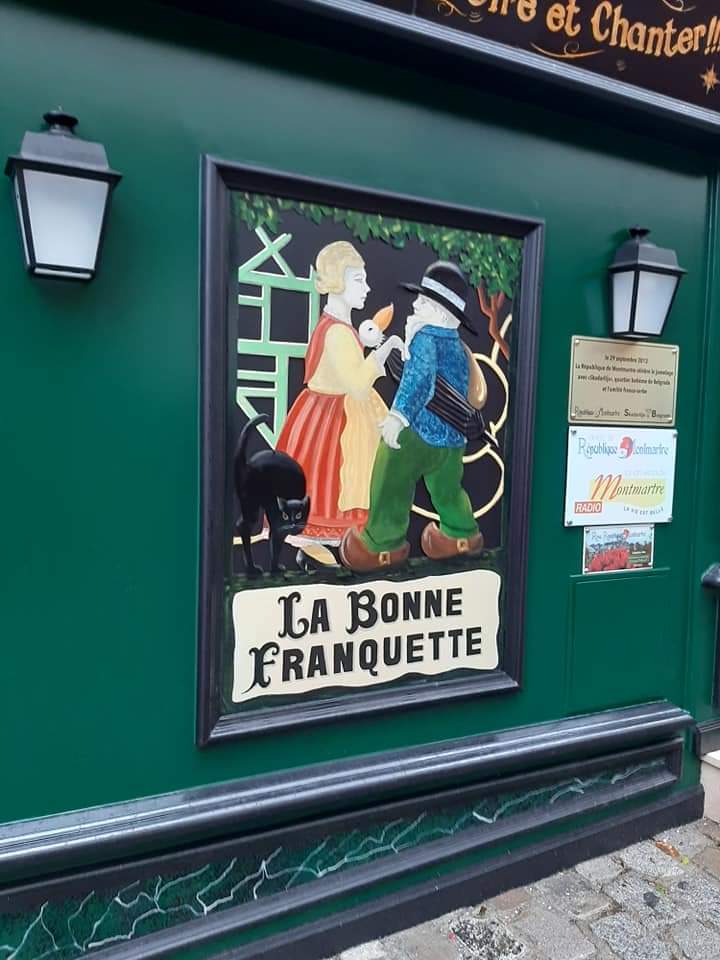