Arde Lucus is a festival celebrated in Lugo – Spain. That is celebrated between the end of May and the month of June. Relive the life of the Roman Empire in the old Spanish city of Lugo. This service started in
2001 and fu to commemorate the founding of the city.

In the year 2017 it has been declared a National Tourist Interest Festival by the Spanish State and in its last two editions more than one million participants were reached, of which a third were foreigners

This festival that tries to evoke the ancient Roman city Lucus Augusti of the second century (now Lugo in Spanish territory), began to celebrate as we mentioned in 2001. It should be noted that the old (and magnificent) Roman defensive walls. Over the years, the number of visitors increased to 460,000 participants in 2009, leaving an income of around 10 million euros in the city.

This celebration is one of the two most important in Europe in terms of the evocation of the Roman Empire. The other is the French city of Nimes, with its spectacular Roman amphitheater, which we will talk about later.

They are a series of camps that have to be assembled by the participants themselves, whether groups of individuals or associations, where the inhabitants must live dressed in the clothes and objects typical of the time.
In addition, each camp can carry out its own activities, always open to the general public. 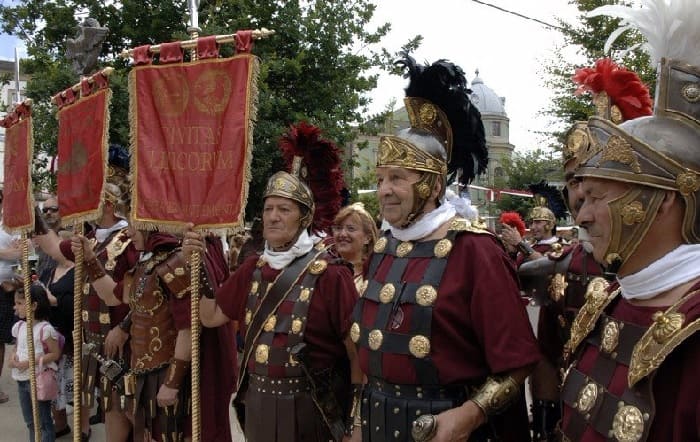 In this activity, couples can get married by the old Celtic rite, a loving union that will last until the following year. Here, the lovers can decide whether or not to renew their vows (specifically it is the woman who decides if she wants to renew the union). If the marriage is renewed for seven consecutive years, the union becomes definitive. As proof of the celebration, the bride and groom receive a marriage certificate.

An artisan market where typical products of the time are offered, as well as magic, juggling and music shows.

Located in the Parque de Rosalía de Castro, activities are held commemorating the ancient Roman circuses, with gladiator fights or Roman Car races among other things.

Burning of the Wall

In this activity recreates the siege of a Roman city, but despite its name, is held in the aforementioned Rosalía Park and not in the city wall, with the participation of all associations and multiple volunteers. 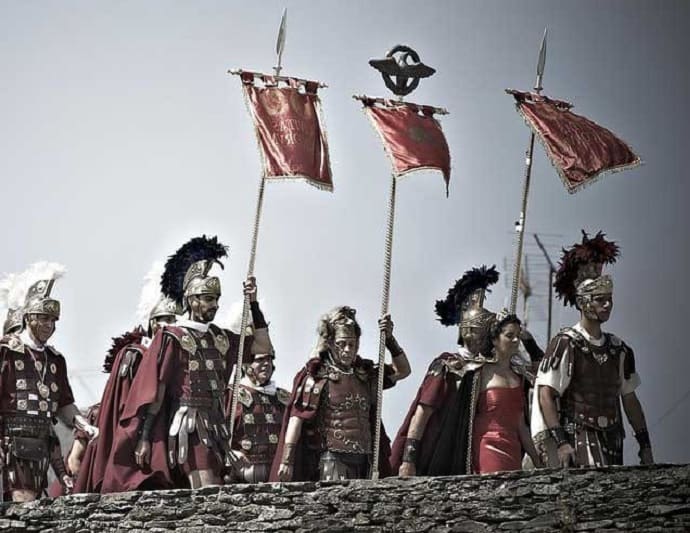 In addition to the above, in Arde Lucus 2019 there are many other activities such as the bacchanalia, the placement of sentries at the gates of the wall, battles between Galicians (Celts) and Romans, magic shows, parades with characterizations, costume contests, Roman games, fights of gladiators, different activities to divulge galactic (Celtic) and Roman traditions, horseback riding, sale of slaves, Roman weddings, Roman military instruction through the streets of the city, different exhibitions or the different concerts.

It is worth noting that in addition, various associations participate for the celebration and setting of the festival, taking charge of many of the activities themselves. Among them we highlight 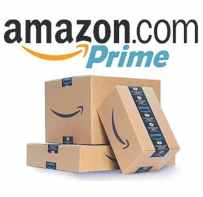 The amazing thing about this crane is that although it is Roman, it is built in the 21st century. There is a celebration in the city of Lugo – Spain called ARDE LUCUS. In the framework of this festival in the Village of Doade, this treadwheel crane was built. Investigating a little more we could see that there were also demonstrations of the operation of this crane, which makes it unique. The totality of the indexed cranes is in exibition not in operation. 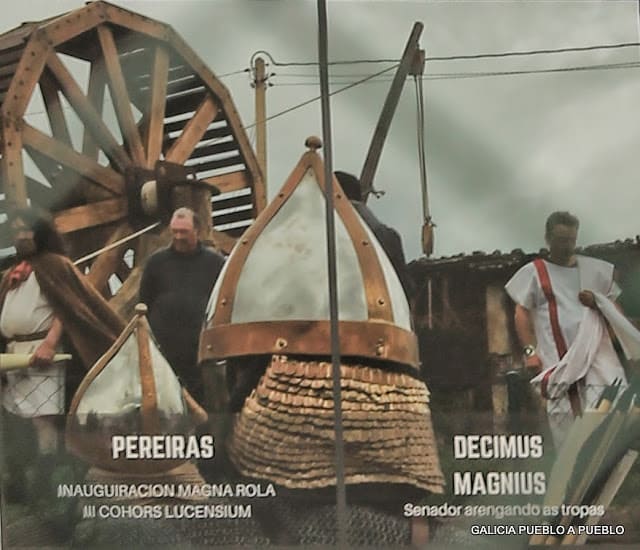 From what we could see in the blog from Galicia pueblo a Pueblo, this crane is in exhibition together with other sculptures in the town of Doade, Galicia, Province of Lugo – Spain.

How to get Lugo – Spain

By Airplane: from any city in the United States or the world, which arrives in Madrid, Capital of Spain (Europe)

From there another plane to the city of Santiago de Compostela and then rent a car to get to Lugo. You can also rent a car from Madrid. 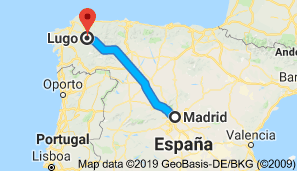 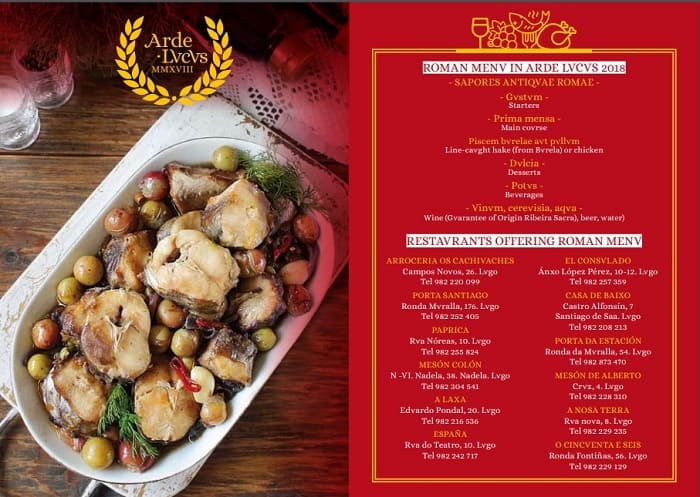 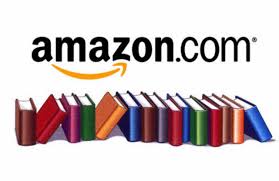