One of the Founding Fathers of the United States

He is one of the Founding Fathers of the United States. He being the fifteenth son of a total of 17 and his training was limited to basic studies. From a very young age (at 10 years old) he began to work in all kinds of jobs, which led him to a printing press at the age of 12. It was there that he wrote his first letters, his only poetry. Shortly thereafter he founded the first truly independent newspaper in the British colonies, the “New England Courant”, where he would publish quite critical newspaper articles on the rulers of the time. After a few years he would buy the “Pennsylvania Gazette” newspaper, which he published until 1748.

What was Poor Richard’s Almanac?

Poor Richard’s Almanack was an annual almanac published by Benjamin Franklin, who adopted the pseudonym “Poor Richard” or “Richard Saunders” for publication. The work appeared continuously from 1732 to 1758. It was a best-seller for a pamphlet published in the British colonies in America; about 10,000 copies were printed each year.

What makes poor Richard’s Almanack peculiar was its numerous puns and quotes, many of which were incorporated into the everyday language of the United States of America. Many Benjamin Franklin’s Quotes were drawn from this almanac.

As he began writing his autobiography at a fairly young age (40 years old), a great deal of facts and details about his life are known. Thus, it is known that he participated in the founding of the first public library in Philadelphia, that he was part of the Freemasons, that he participated in the founding of the University of Pennsylvania and the first hospital in the city. In addition, he was a scientist and inventor: the lightning rod, the Franklin oven or Pennsylvania chimney, the bifocal lenses, one of the first flexible urinary catheters or the odometer, are among the many inventions of him.

Ben Franklin and the Treaty of Paris

He was a signatory to the Treaty of Paris that was signed on September 3, 1783 between the Kingdom of Great Britain and the United States of America. In that treaty the War of Independence of the United States was ended. The fatigue of the participants and the evidence that the distribution and balance of forces made a military outcome impossible, led to the cessation of hostilities by the British.

The treaty was signed by David Hartley, a member of the British Parliament representing King George III, and John Adams, Benjamin Franklin and John Jay, representatives of the United States. The treaty was ratified by the Congress of the Confederacy on January 14, 1784, and by the British on April 9, 1784. 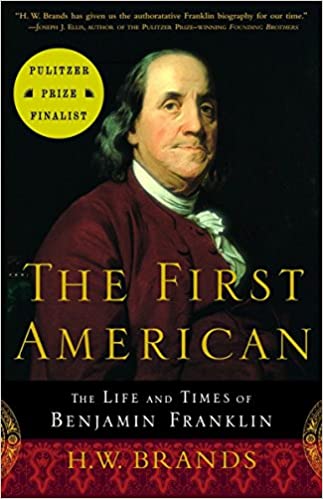 What are Benjamin Franklin’s Quotes?

Here we reproduce some of Benjamin Franlin’s quotes (on Amazon) , many of them published in Poor Richard’s Almanac