Traveling is to reach a place and travel its streets, its landscapes and its monuments. But traveling to Pamplona – Spain – during the San Fermin festival is a unique experience. 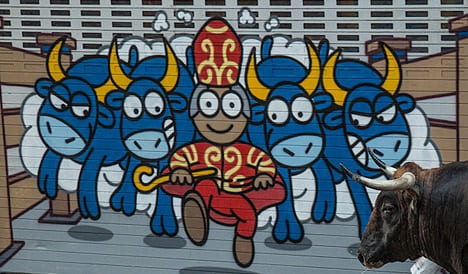 The party begins on July 6 at noon, when the chupinazo (or Txupinazo) is launched from the Balcony of the City Council. An ocean of red handkerchiefs welcomes one of the most popular parties in the world between the 6th and the 14th of July.

What the hell is the Chupinazo?

It is the firing of a rocket from the City Hall by an authority, and the beginning of the party. But the good is not in this but in what happens in the square.

A lot of crowded people who can not move almost, start uncorking all kinds of drinks. And also to shout and celebrate. Much of the drink ends up in the clothes or on the floor. The crowd moves in waves. There is no place to stoop.

The experience is quite strong. Also for the time it is very hot so this cocktail is completed when from the balconies they throw buckets of water to the public. 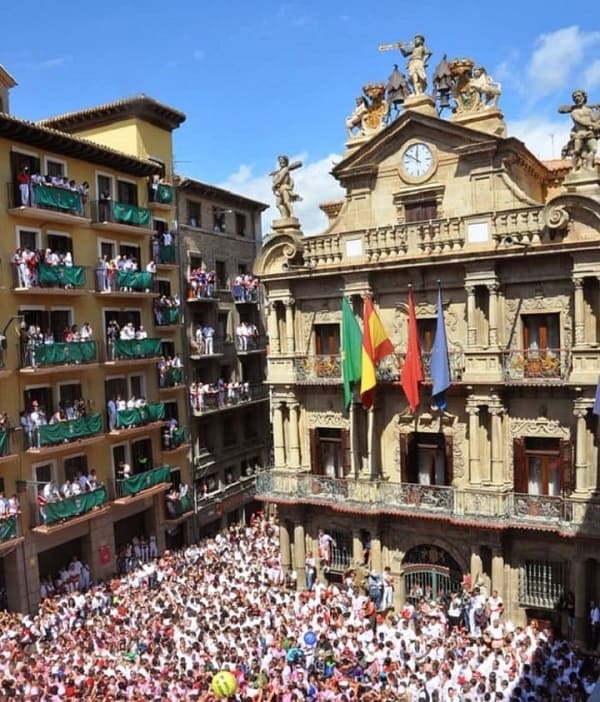 Tips for surviving a Chupinazo 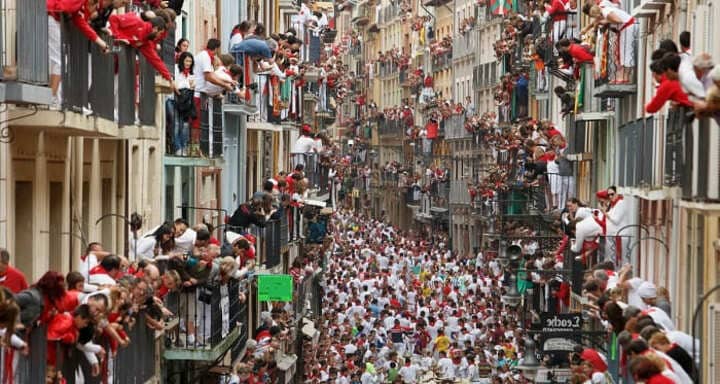 Every year thousands of people from all over the world come to Pamplona (Spain) to enjoy the San Fermin festival. It begins with the Txupinazo but in the days that follow there are many activities. The streets are filled with bands of music, people, rocks and all that is paralyzed at the time of  the Encierro (confinement). 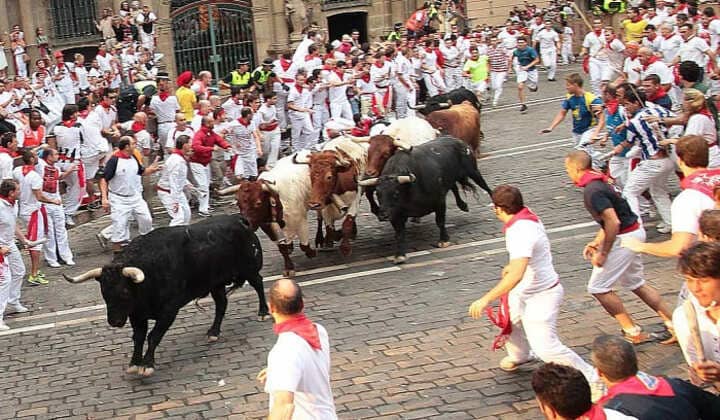 Between the slope of Santo Domingo and the alley that leads to the bullring, this show takes place. It lasts no more than five minutes and the route is half a mile (800 meters). Every day at eight in the morning there is a Encierro

The Encierro (confinement) consists of carrying six bulls that are going to be fought in the afternoon in the bullring. Six bulls or mansos also participate that guide the fighting bulls also to calm them until they reach their destination. The people who run in front of the bulls are experienced people, although novices participate every year 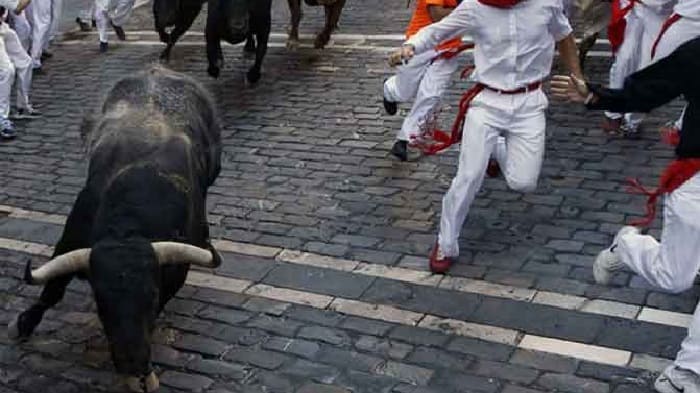 Each confinement is different. If it is clean and fast it will last three minutes, intense and showy, enough to observe the exploits of the almost professional runners and the clumsiness of the novices and the imprudence of those who ignore the rules of the race.

For children there are l parties with different activities such as puppets and puppets, also presentations of dances, street theaters and recitals

In the streets there are musical performances for all tastes, street music is constant in different places to sing and dance, with international bands and performers, jazz concerts and modern music.

The Party Was Over

The final day is celebrated with many dances and music, the last outing of giants and big heads is performed. Also the last bull run and eighth bullfight. At midnight of July 14 the closing of the party with fireworks is announced in the Town Hall Square.
The audience gathers and taking off the red scarves, they sing the song Pobre de Mí showing the sadness for the end of the best festivals in the world : San Fermin. Do not forget to check the best travel gadgets to enjoy the Chupinazo and the San Fermin Festival 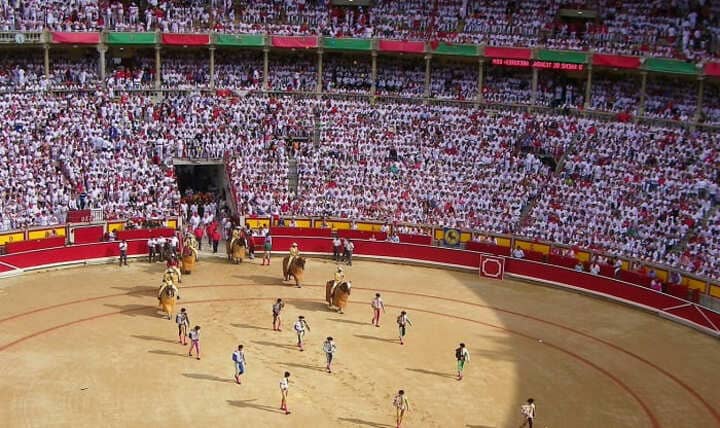 During all the holidays you can also rent balconies to witness all the events.

How to get Pamplona – Spain

By Airplane: from any city in the United States or the world, which arrives in Madrid, Capital of Spain (Europe) – then take a local plane to the airport of Pamplona