The father of the Argentine  Cartoonist

He was a cartoonist, the most famous of Argentina. He was born in the town of Santa María de Cervo, Consello de Viveiro, Province of Lugo, (Galicia - Spain), on December 13, 1862 under the reign of Isabel II of Spain. Died in lanus State of Buenos Aires  on January 27, 1918.

The one Work in the Royal factory of porcelain of Sargadelos where his father worked, and closed this one in 1877. Later I go to work in a factory of earthenware  called Asturiana, in Gijón - Asturias. like assistant of decorator.

There he met the sculptor José María López Rodríguez. who taught him sculpture and drawing techniques. I work with the artist in the statues of David and Simon, who are in the altarpiece of the high altar of San Agustín..

Later he moved to Madrid in order to continue specializing and worked in a porcelain company in that city. Cao Luaces directed the workshop of an establishment of ceramics and glassworks in La Coruña,. He also studied various careers in commerce, customs and telegraphs. He also collaborated with literary essays in several publications. 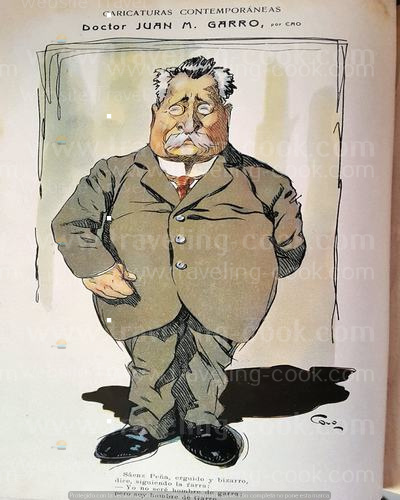 In 1886, I pack their suitcases and emigrate to Buenos Aires - Argentina and his first job was to make cartoons on the street. In 1887 he was associated with a workshop of engravings. He was a teacher of a school and he collaborated in several magazines, among them, the most important, "El Sudamericano", where he was in charge of the portraits section.

One of his first caricatures caused a week in the Jail At that time the state of siege was in force and governed by President Julio A. Roca. In 1887 he was hired by the director of the Don Quijote Magazine, Eduardo Sojo. He knew Cao Luaces for his work in other graphic magazines.

Both were engaged in the task of ridiculing  and caricaturing government figures.  For those reasons they were persecuted and they knew the jail. They used pseudonyms to protect their identities, although it did not serve them much usefulness

Persecution and Jail of Cao Luaces

Political Violence and Attempted At that time when he worked for Don Quijote and apparently for a caricature of General Capdevila. Cao Luaces was imprisoned and confined in a prison. 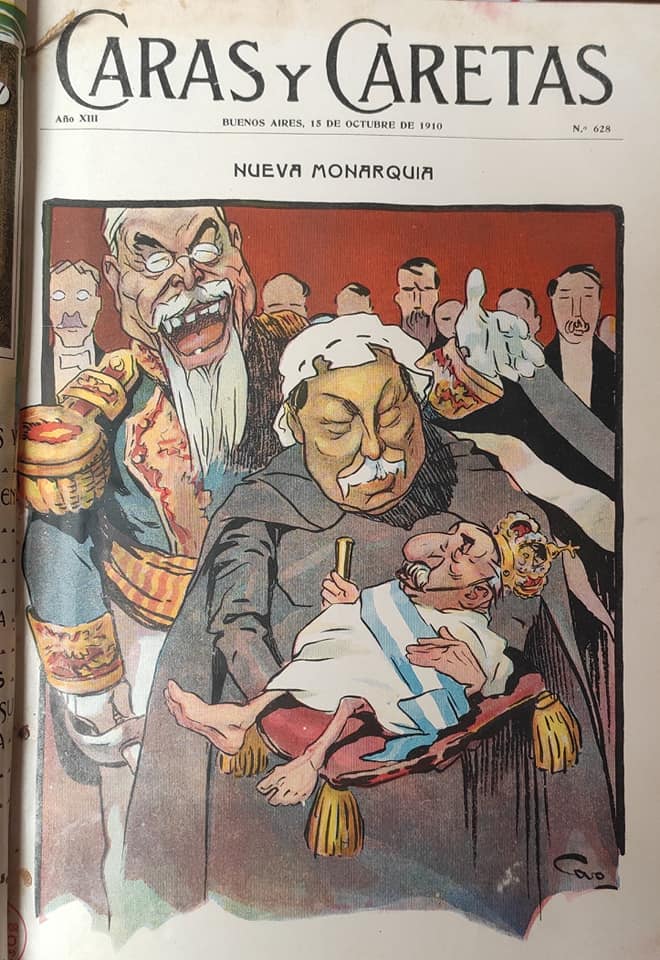 For this reason the president of the Argentine Nation, General Roca, intervened to appease the spirits and the Cartoonist regained his freedom.

The same Don QuiJote was closed by the government. The newspaper Don Quijote was a supporter organ opposed to the national government: A political group called "radicalism" that, from 1890, emerged as a dissident voice in the person of its founder Leandro N Alem. It was an alternative to hegemony of the conservative parties that were ruling at that time.

From that publication, humor is considered as a political tool. The founder of the Radical Party, Leandro N. Alem, maintained that "the revolution of 1890 was made by arms and cartoons"

Came from Uruguay, where the Spaniard Eustaquio Pellicer had started it in 1890 as a festive, literary, artistic and news weekly. In Buenos Aires, the director was Sixto. Alvarez (Fray Mocho) and the cartoonist Manuel Mayol. Cao Luaces drawings are found in the pages of this magazine

Foundation of the Eco of Galicia On February 7, 1892, Cao Luaces founded El Eco de Galicia. The same name that was published in Cuba years before. From there he insisted on the refounding of the Galician center of Buenos Aires, closed a year earlier. At the head of El Eco de Galicia was little time, selling it to the eight months of having founded.

Other works by Cao Luaces He also made a series of drawings of international personalities who acted in the 1914 war. And also drew the gaucho and scenes  from the Argentine Pampas.

When the Centennial of the May Revolution of 1810 arrived, he published cartoons in the magazine El Hogar (July 7, 1916). He ventured other plastic arts such as painting and made several important works such as his painting The Lautaro Lodge.

Cao Luaces worked in Freemasonry and came to occupy a degree 33 in the regional Lanus). He lived in Lanus, at that time Municipal County of Avellaneda, State of Buenos Aires. Here collaborating with the Local County when founding a Cultural Society called "Mother Fraternity". He died in Lanús on January 27, 1918. 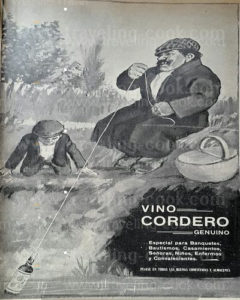 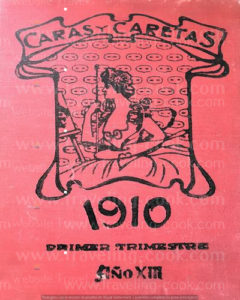 The Painter & Artist made a biography of Cao where he said :

"The figure that he drew was perfectly molded, he adhered to the laws of chiaroscuro, to the retouching. But more began with his work for the drawing of this country a schematic concision from which we could cite numerous examples. When they were designated "the father of the Argentine cartoon" they affirmed a truth and we are sure that they did not refer so much to their fruitful work, as to their quality of that work"

"first it was Cao although his art had been developed in this nation. Castelao, our greatest humorist, thought so much and often conversations had what pleasure he was looking for as a child first in Argentina and then in Galicia the drawings of Cao. Certainly Castelao knew Cao much more than the drawings. Perhaps also many of his articles, essays and the thought that about Galicia Cao sustained his battle in the Galician collectivity." 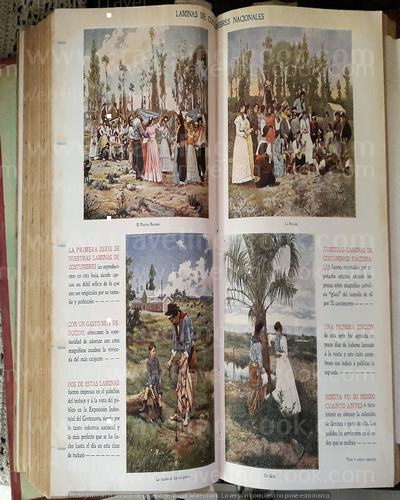 All the images correspond to the private collection of traveling-cook.com corresponding to the magazine Caras y Caretas year 1910 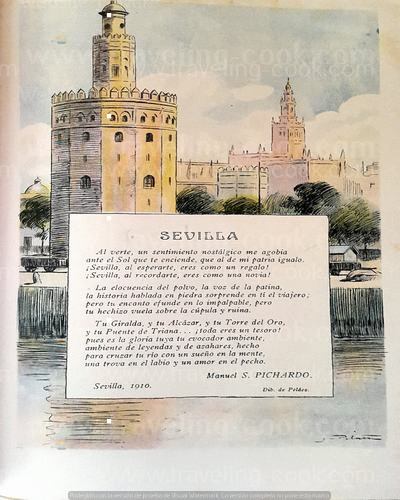