Enjoying Lisbon from the First Day

Enjoying Lisbon:  I'm going to tell you my best days in Lisbon, which was the capital of an empire. All lisboa remembers his glorious padado. Like when sailors came out to discover and conquer lands on the other side of the world.

You see old faded tiles on their facades. Peeling walls and stone streets lined with old trams. No great luxuries or European stores are sought in this city, although they do. What is sought and found is a melancholic beauty, art, imperfection and the charm of the people.

Last year it was awarded for the second time as Europe's Best Destination in the World Travel Awards (WTA) They are prizes of the world tourism industry. And Lisbon turned out to be the Best City in Europe and the Best Cruise Port.

At the mouth of the Tajo River, facing the Atlantic Ocean, the capital of Portugal has seven hills. Rome too, although they are totally different.

Like Rome, Lisbon was the capital of an empire. It was rich and powerful. Adventuress. I conquer seas and land in the five continents

The reports that arrived until today indicate that the earthquake lasted six minutes. It produced cracks up to 4 meters wide in the center of the city. The population fled to the open space of the beach for safety. There 30 minutes later, a tsunami with waves up to 20 meters high buried the port and the inhabitants.

The upper part of the city began to burn, because of the huge number of candles lit in the houses and churches. that day was a religious celebration. Deads day. The fires lasted 5 days before going out

The city had to be completely rebuilt. The losses were enormous. The Royal Palace and the Real do Paço da Ribeira Theater, where the Plaça do Comércio, ( Trade Square) is located, next to the river, were destroyed. Works of art by masters of painting such as Rubens, Titian, Correggio, also destroyed. The great library, with real records that narrated the explorations by the ocean of its most important navigators, such as Vasco da Gama and letters about the discovery of Brazil, were also lost. 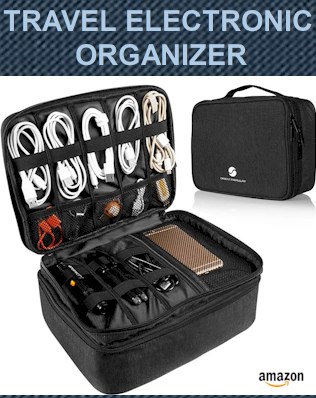 What Can We See in Lisbon?

Plaça do Comércio, with its beautiful arch, is the main square of the city. Overlooking the river Tajo and behind the arcades, you will find the oldest cafe in Lisbon. It is called Martinho da Arcada (Plaça do Comércio 3), founded in 1778.

From the Martinho bar you can take the walk towards Alfama. It is less than a mile uphill, by Alfândenga rúa.

Alfama is a medieval neighborhood, where fado was born, the national musical genre. And also where the fishermen lived in recent times. It is very visited by the charm of its steep, labyrinthine streets, with very simple shops. 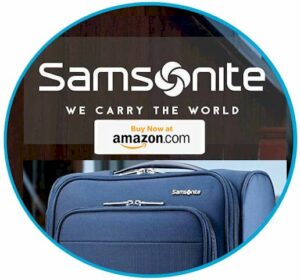 You can also have a coffee at the tables on the street. next to clothes rendered. Very charming to enjoy Lisbon in this way

In the Rua (street) of the Bacalhoeiros, the street that was destined to the merchants of the cod, favorite fish of the Portuguese, you arrive at Casa dos Bicos, current headquarters of the José Saramago Foundation.

In the lower part of Alfama, this sixteenth century mansion was built under the order of Brás de Albuquerque (son of the Viceroy of India, Alfonso de Albuquerque) after a trip to Italy, which was modeled on the Palace of Diamonds, located in Ferrara. That is the reason for the fornas and reliefs of its façade.

Casa dos Bicos dedicates a permanent exhibition about the life and work of the Nobel Prize for Literature - Jose Saramago -, called The Seed and the Fruits. It gathers numerous manuscripts, documents, first editions and translations in more than 40 languages, of the first Nobel Prize in Portuguese Literature. The Portuguese writer died in 2010 at his home in Lanzarote. His ashes rest under an olive tree in front of this foundation.

Fado: The Music of Lisbon 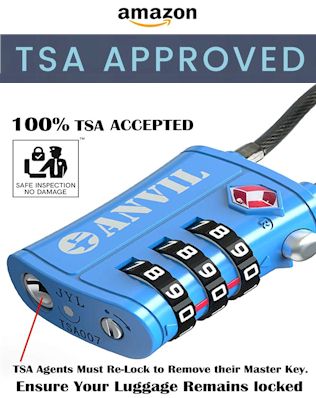 Going up the Rua (street) of São Jõao da Praça you can see many restaurants and fado houses to enjoy a dinner with live music. Alfama is the ideal place to enjoy this popular genre of more than 200 years of history, which tells the daily sorrows of the people of these old fishing districts.

A place with excellent fame to hear Fado, is the restaurant Mr. Fado. It is a small place with an intimate, family atmosphere, where homemade food is served. Located on the street - rua dos Remedios 176. It is attended by its owners, who cook and also sing.

To visit the Neighborhood of belem take tram #15 in the plaza del comercio ( Trade square) and after 20 minutes we arrive at the neighborhood of Belem. Here we have a defensive tower built in 1516.
It is the work of Francisco de Arruda and Diogo de Boitaca. When it stopped serving as a defense of invaders in the estuary of the Tajo River, it was used as a prison, as a lighthouse and also as a tax collection center to enter the city. It is also known as Torre de San Vicente, as it was erected in honor of San Vicente Mártir, patron saint of Lisbon. Its original name was Castelo de São Vicente

Portuguese cuisine has a predominant dish: cod. They are the main consumers of this fish worldwide. The habit began in 1350 after a fishing agreement of 50 years that allowed the fishermen of Lisbon and Porto to catch cod on the English coast. The great advantage of this fish is that once salted, it resisted up to three months before it was consumed. Today it is consumed salty, dry or fresh, and comes from Norway, Iceland and Russia.

There are more than 1000 ways to prepare cod, but the most common are three. The bacalhau á bras or golden cod (a scrambled egg with potatoes, eggs and olives), the cod to the Portuguese and the classic, caldeirada of fish (fish casserole with potatoes, tomatoes, onion, peppers, peas). The recipes can be seen here. Check here the best travel gadgets to travel to Lisbon by plane or any means of transport

Since they are very consumers of fish and shellfish, another traditional fish is the sardine. There are also 1000 other ways to prepare sardines, but the most traditional one is grilled sardines.

The sweets also have to be tried. The most famous sweet is the belem cake ( pasteis de Belem). It is made with baked egg yolks and sugar, filled with custard.

Enjoing Lisbon through its tiles

Walking through the historic districts of Lisbon, you can see almost anywhere, the decorations with tiles. The tile is a typical decoration of Portugal, which enhances the house where they are displayed. And also to its owner. Some are more than 200 years old. 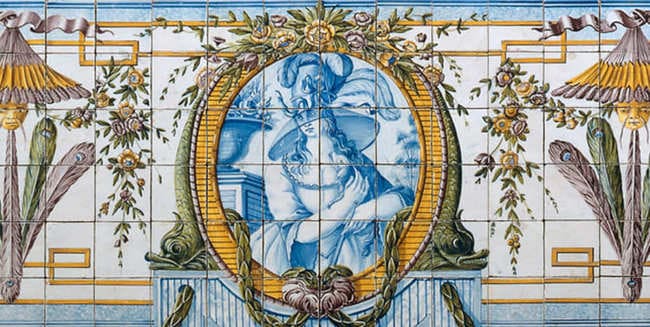 You can also buy some of them in the souvenir shops. But you have to be careful, since some of these old tiles could be subtracted from their original place without the owner's permission. The best thing to buy tiles is to do it in recognized stores in order to avoid being an accomplice of a crime. The sale of antique tiles is prohibited.

There are many Old Coffee Shops in Lisbon like La Brasileira. But none compare to The Majestic of the City of Porto. You should visit it when you go to that city

You can visit the National Tile Museum, between the neighborhood of Alfama and Parque de las Naciones, which houses a charming collection from the 15th century to the present. This museum is the best and most complete of its kind. It contains more than 7000 pieces, of Arab style, Portuguese and other places in Europe. 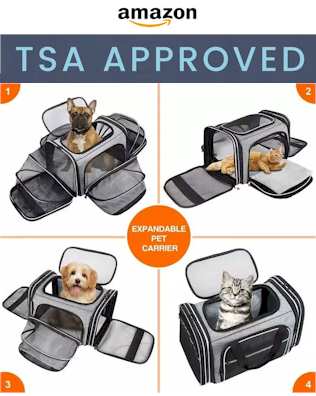 The murals stand out, with period scenes, a 23-meter panel showing what Lisbon was like before the 1755 earthquake. The museum is located on Rua da Madre de Deus 4.

It is also worthwhile after the museum to move to one of the viewpoints of the city that are close to the Alfama neighborhood.

How to get there: From USA to Lisbon.

How to move by Trams

The city has a network of metro, trams and buses. The best option is the metro and the one that has the best frequency is the metro. The tram network is ideal for making circuits around the city. If the ticket is taken on board it costs 2.90?; if you take out the 7 hills card, it costs $1.45 the trip.
There are 5 routes: the tram 28, which is old, made of wood, leaves from the Castillo San Jorge and travels along 10 Miles the neighborhoods that must be seen: Graça, Mouraria, Alfama, Baixa, Chiado, and Barrio Alto . The other tourist tanvia is the 15 that goes from the Plaza del Comercio to the neighborhood of Belem.
Consult  Lines & Schedules Official Site Here Carris.pt

Eating out in Lisbon is cheap collated to the rest of Europe, or cities like Madrid or Paris  . Check in the hotel where you are staying, which restaurant recommends you, as there are thousands. Literally. Anyway, we recommend the cod fritters at Casa Portuguesa do Pastel in Bacalhau (Rua Augusta, 106) pasteis de bacalhau .Very important: bring cash. In most restaurants, they do not usually accept credit cards. 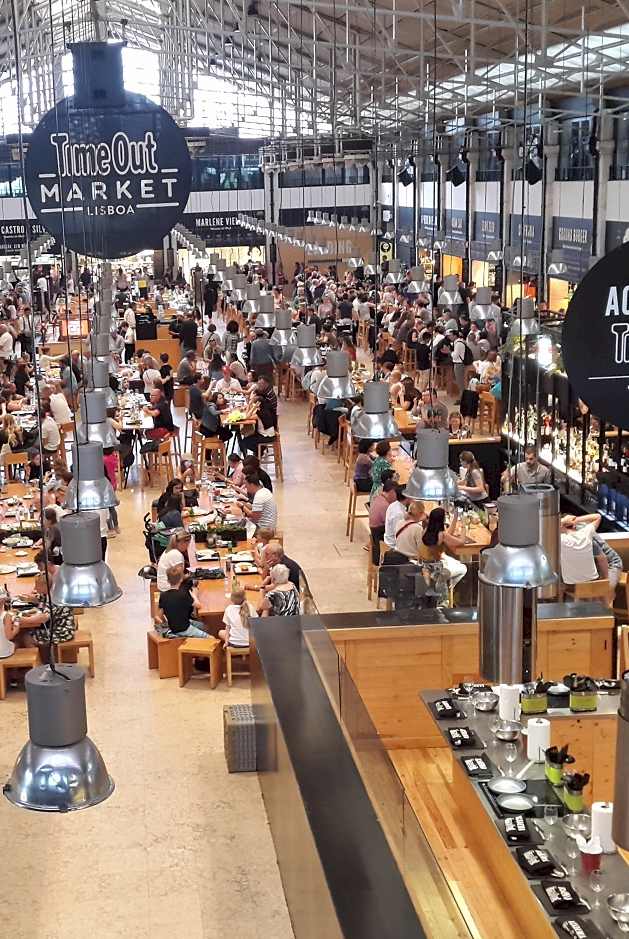 Enjoying lisbon in 2021: We also recommend Belem cakes in the neighborhood of Belem. pasteis de belem