The creation of the binocular telescope, or simply binoculars, is due to a sequence of events that cannot be located in time. There is written information about Galileo in which there are references to telescopic instruments and there is evidence of their construction and use in Venice for commercial use.

The first patent for a telescope was registered in October 1608 by Hans Lippershey, an eyeglass manufacturer who lived in what is now Nethetlands. This manufacturer applied for a patent that gave him exclusive manufacturing rights for thirty years. After testing the sample apparatus, the patent office asked Lippershey to make an instrument, out of quartz glass, that could be used by both eyes.

At that time, quartz glass was known to be a difficult material to work with, but with better performance than known optical glass.

After a few minutes of using a telescope, looking with one eye and with a poor quality glass, the sight was tired. Those same clients, with their requests and expressions of visual fatigue, awakened Lippershey’s imagination to create a binocular instrument, that is, one that would serve both eyes.

Several researchers fight to confirm or deny that Galileo Galilei used, in 1618, a helmet fitted with a binocular to be used in ship watching, in Venice before arriving at the port.

A Milestone in the History of the Binoculars : Ottavio Pinani

Ottavio Pinani, in 1613, and Cherubin d’Orleans were the ones who perfected the binocular. In 1671, d’Orleans, in a book on the subject includes illustrations and details of binocular telescopes. Pietro Patroni of Milan is also mentioned as another binocular manufacturer around 1700.

In the 19th century, the imaging systems obtained from two spaced lenses were used in telescopes and without a doubt some binoculars were also made in this same way. Previous instruments used the Galileo system, where the image appears upside down.

The modern prismatic binocular began with the Italian patent of Ignacio Porro in 1854. Basically the innovation introduced by the instrument designed by Porro is that it has two identical prisms in each body of the binocular. Like mirrors, each prism reflects and inverts light off its steep sides. One prism reverses the image from left to right and the other prism reverses the image from top to bottom. (From now on, binoculars with these characteristics will be called Porro Binoculars, in honor of their inventor).

Other manufacturers who used the same configuration used in Ignacio Porro’s prismatic binoculars were Boulanger (1859), Emil Busch (1865) and Nachet (1875). A combination of poor glass quality and unrefined production techniques resulted in the failure of this initiative. The invention of the Italian Porro was quickly forgotten.

The German optical designer Ernst Abbe exhibited a prismatic telescope very similar to Ignacio Porro’s at the Vienna Trade Fair in 1873. The opticians to whom Abbe presented his invention in Vienna did not show much interest in this innovative instrument. The Galileo telescope was considered sufficient at that time, although it only allowed small magnifications.

Professor Ernst Abbe abandons his interest in telescopic instruments to devote himself to the development of the theoretical foundations of the modern microscope at Carl Zeiss’s workshop in Jena, Germany. His association with the chemist Otto Schott, a glassmaker, and Carl Zeiss, an instrument maker, resulted in a spectacular series of innovations for the German optical industry.

In 1893 the wide variety of lenses manufactured by Otto Schott could be adjusted to meet Abbe’s different optical requirements, allowing the manufacture of prismatic binoculars, along with new types of microscope and photographic objectives. Professor Abbe takes up the development of the prismatic telescope and in October 1893 tries to patent a prismatic binocular with an erected image system. 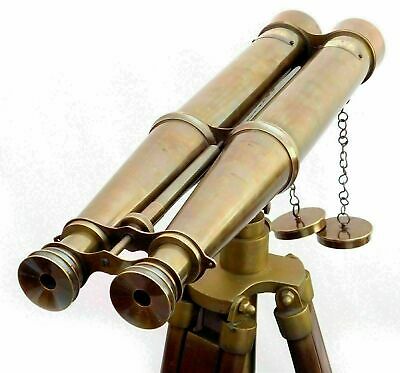 In November 1893 the patent was denied, alluding to similarity with the previous works of the Italian Ignacio Porro. Professor Abbe made some important modifications and in October 1894 Zeiss (Abbe’s partner) was granted the patent for a prismatic binocular with a longer target distance.

Thus, the first modern high-quality binoculars were sold in 1894. A product whose optical design was Ernst Abbe, the technical production of Carl Zeiss and the lenses were manufactured by Otto Schott. In the following decades many companies produced prismatic binoculars. One of the first was Goerz in Berlin, who entered the market in 1897 with the Goerz Trieder Binocle.

The successes of Zeiss and Goerz led to the invention of another erected image optical system: in 1897 the Hensoldt company was the first company to introduce prismatic binoculars with a system called Roof, 7 × 30. This Henshold model – 7×30 – is known to collectors as Penta. Henshold somehow innovated with his design using a pentaprism, hence the name. A milestone in the history of the Binoculars

In 1893 the Bausch & Lomb company began its production of Binoculars and Telescopes under authorized licenses from Carl Zeiss in the United States. In 1896 B&L opened an office in the city of Chicago, 1903 in Boston, 1904 in San Francisco and 1908 in New York.

The two world wars strongly influenced the technical advances of binoculars as they became a very useful instrument on the battlefield. In 1940 the T-optical (protective layer for lenses) was introduced on the market, which eliminated the loss of light due to its reflection on the lens surfaces. In the 1980s, a new advance was added to the Porro and Roof system binoculars used today: protective laser filters were incorporated into the technology instrument lenses, mainly for military-use binoculars. 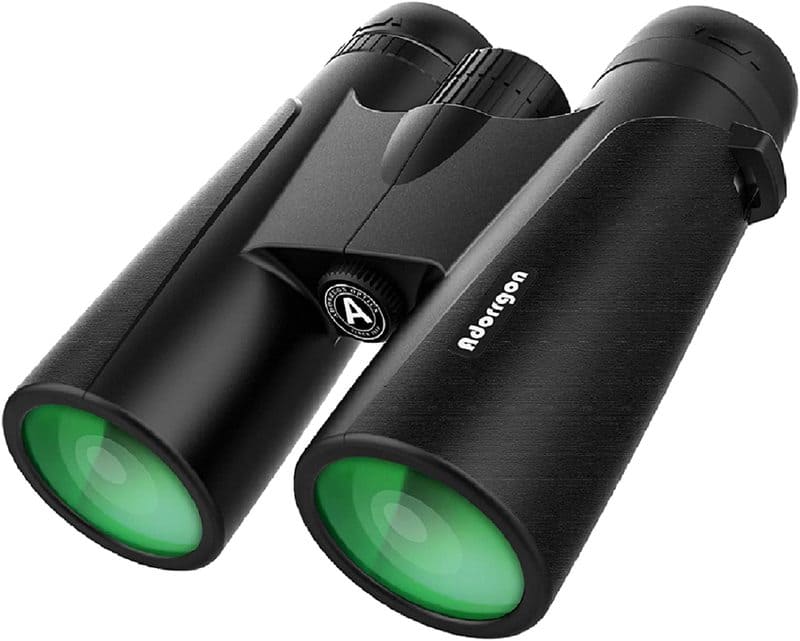 Today, binoculars have a wide variety of applications. They are used in the theater, at concerts, in sports arenas, and in museums. They are also used in water sports and fishing waterproof binoculars. A bright optical system is the best for observing the skies. To minimize vibration, the binocular should be mounted on a tripod.